Family Video, the last video store chain in the country, closed all 250 of its locations late last year and early this year.

The utility will install some 500,000 smart meters and a IoT platform using RF Mesh IP and cellular networks.

AES Ohio will use Landis+Gyr cloud services for system operating software, along with network management services.

“AES Ohio is committed to personalizing our customer experience using transformative technologies,” Kathy Storm, AES Ohio vice president, U.S. smart grid operations, said in a Landis+Gyr release. “This project is a crucial component in the investments we continue to make in our distribution system and customer service to enhance resiliency and smart energy applications.”

Storm was named to that position in March.

He lived a full life, “fleeing the invasion of Japanese armies on his hometown of Hankow, China in 1937, to surviving four years as a World War II prisoner of war,” a 2005 Dayton Foundation newsletter described Anderson’s life.

Born in China, Anderson later recounted to the New York Times that an NCR employee, George Haynes, first offered him a job with NCR while both men were prisoners of war. 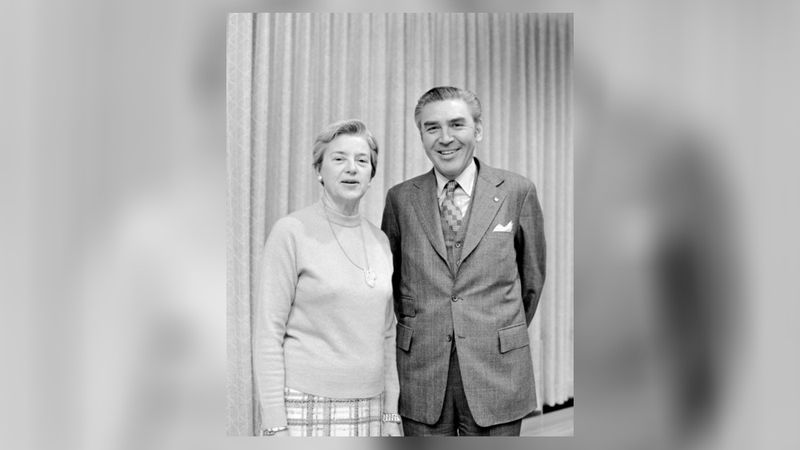 Janice and William Anderson, in the late 1970s. Contributed

“I turned him down,” Anderson told the Times in 1973. “I had never heard of NCR nor seen many cash registers in China. And anyway I had a perfectly good job as a partner in an accounting firm, to return to in Shanghai.”

After he took NCR’s helm in Dayton in 1972, the New York Times wrote a year later: “It is estimated that his elevation to president and chief operating officer passed him over the heads of at least 30 more senior executives.”

At the time, Anderson had worked for NCR for 27 years. His entire career with the company to that point had been in the Far East, where he took a leadership position for NCR in 1959 and became chairman of NCR Japan, the Times wrote.

Locally, Anderson played a role in the building of a new headquarters for NCR at 1700 S. Patterson Blvd. Today, the building is the University of Dayton’s second largest campus building.

The former chief executive of Kettering-based auto dealer services firm Reynolds and Reynolds is asking a federal court in Texas for more time to file expert reports on the matter of his competency to stand trial on tax charges.

The matter is part of a federal case against Robert Brockman. The court is seeking to determine whether Brockman is competent to participate in a trial in what some observers have said is the biggest tax case in U.S history.

Defense attorneys maintain that Brockman is dealing with health issues.

U.S. District Judge George Hanks had ordered a hearing on Brockman’s competency to be held on Tuesday. Hanks had written that “there is reasonable cause to believe that the defendant may presently be suffering from a mental disease or defect rendering him mentally incompetent to the extent that he is unable to understand the nature and consequences of the proceedings against him or to assist properly in his defense.”

In an email dated Wednesday, attorneys for Brockman asked the court to discuss a request to extend by eight weeks a deadline for the filing of reports “in light of his (Brockman’s) recent hospitalizations and current health condition.”

A section of the email from Brockman’s defense team is blacked out or redacted, followed by this sentence: “Based on discussions with a geriatric psychiatrist retained by the defense, the defense submits that these medical events compel that additional time be allowed for further medical examinations relating to competency.”

Brockman is 80. The defense email says he has been hospitalized three times since mid-March.

Court records show there also appears to be a dispute over how the government’s position was represented in a joint filing. A July 1 letter from a government attorney in the case says a redacted portion of a filing said this about why the court should view the request for an eight-week continuance with “skepticism.”

Archer’s Tavern at 9496 Dayton-Lebanon Pike starting today will not be serving breakfast and lunch, opening instead at 4 p.m. daily until further notice, according to a post on its Facebook page.

“Taking care of our guests and our team members continue to be our priority,” the Facebook post states. “Once we are properly staffed to meet expectations, we will return to normal operational hours. Thank you for your patience and support as we work through these challenges.”

Meanwhile, the restaurant’s Kettering location on East Dorothy Lane will continue to open at 8 a.m. seven days a week, according to the website.

To start, Sueño ( meaning “dream” in Spanish) will be open four days a week for dinner service, from 5 to 10 p.m., Wednesday through Saturday. 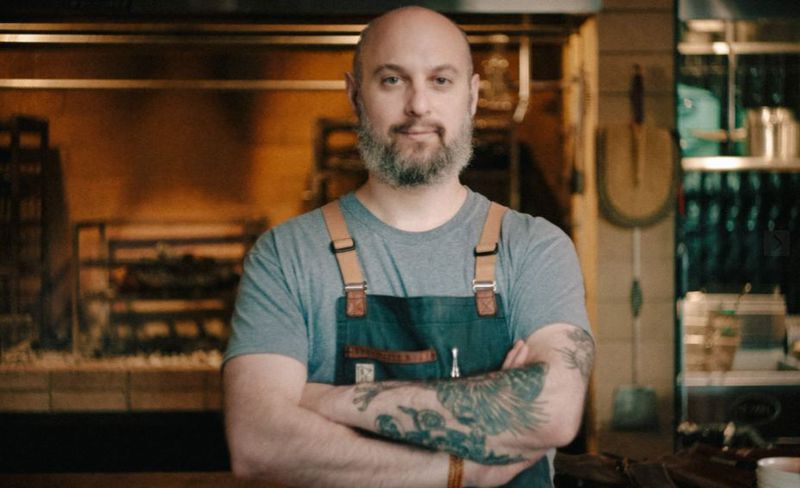 Opening tonight, July 7, Sueño is a new restaurant situated in the Avant-Garde building, located at 607 E. 3rd St. in downtown Dayton, directly next to its sister operation, Tender Mercy. 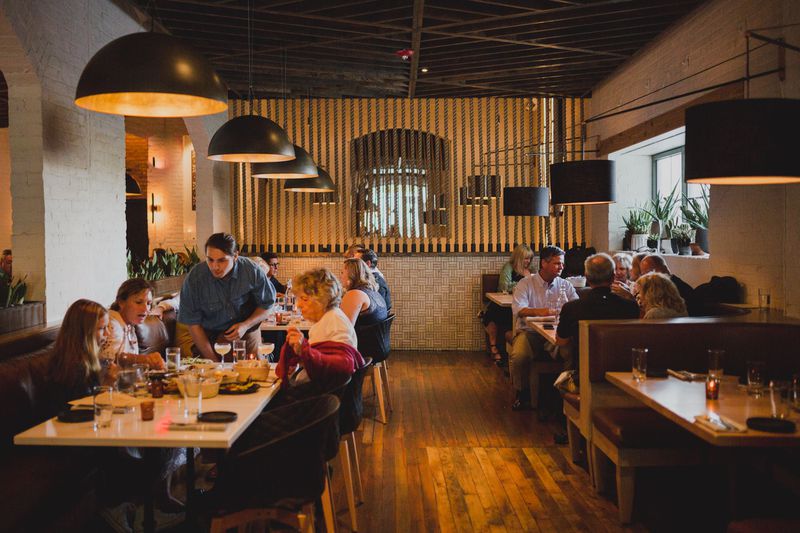 Opening tonight, July 7, Sueño is a new restaurant situated in the Avant-Garde building, located at 607 E. 3rd St. in downtown Dayton, directly next to its sister operation, Tender Mercy.

Owned by the team behind Tender Mercy, the upscale, underground cocktail bar that opened shortly before the pandemic shutdown in March 2020, Sueño is the newest concept by The Idea Collective, a multi-disciplinary concept development and design firm.

“Different menus, different vibes, different aesthetic — everything’s different except for the ownership,” said Sueño’s general manager, Lauren Gay. “It’s the same level of innovation and quality that you could expect from Tender Mercy.”

Three giant, 50-year-old cacti are the first thing guests will see when they enter the restaurant.

Inside, there is an almost 360 degree bar that is first-come, first serve, with seating for 25. It’s the centerpiece of a large dining room filled with cacti, other succulents and plants, all engulfed in the aromas from the flames of the wood-burning grill visible for guests to watch.

Sueño’s executive chef is Jorge Guzman, a graduate of The Culinary Institute of America and owner of Petite Leon restaurant in Minneapolis, MN, Guzman’s home where he and his family still reside. His heritage runs through the entirety of Sueño’s menu. Born in the Yucatan in Mexico, Guzman’s cuisine is built from scratch according to authentic Mexican traditions.

The Rapid Fired Pizza at 2001 E. Dorothy Lane in Kettering and the location near the University of Dayton’s campus at 1200 Brown St. both officially closed following the Fourth of July holiday weekend. 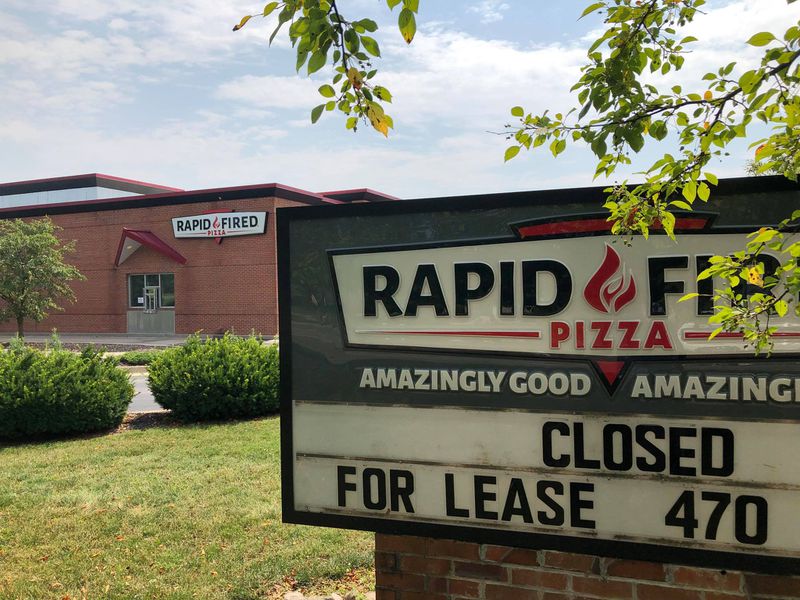 The Rapid Fired Pizza at 2001 E. Dorothy Lane in Kettering and the location on University of Dayton’s campus at 1200 Brown St. both officially closed following the Fourth of July holiday weekend. Signs telling customers of the closures were posted on the restaurants’ doors on Tuesday.

Signs telling customers of the closures were posted Tuesday on the restaurants’ doors.

Rapid Fired Pizza co-founder Kelly Gray said the closures were due to low foot traffic due to the COVID-19 pandemic keeping many nearby employees and students home.

The UD location, which opened in October 2019, was the latest Dayton-area Rapid Fired Pizza to be added to the roster.

The Kettering restaurant, opened in 2016, acted as the franchise’s flagship store due to its proximity to the Rapid Fired headquarters in Kettering.

“The challenge that we had is that the (Kettering) store really never recouped from the drop in sales from COVID,” Gray said. “Even with that pickup window that we have there … things like Synchrony closing their call center in Kettering and sending everyone home to work, and you know you had multiple employers who have done that and people are transitioning to mostly at home and they’re not eating lunch out as much,. That store just hasn’t recouped.”

The timing of the opening of the UD location was unfortunate, Gray said. Rapid Fired plans to be strategic and take its time before planning to open a location on or near a college campus, as Gray said they need to wait and see how much of hybrid learning is here to stay.