In a heteronormative world where straight, cisgender orientation is the majority, for some, it’s never easy to come out about your own journey. Thankfully, over time the entertainment industry has steadily been putting LGBTQ+ artists, actors, and writers at the forefront, giving the community the representation it deserves, particularly when it comes to African Americans and other people of color.

From Javicia Leslie portraying a bisexual Black superhero on The CW’s Batwoman to singer Kehlani opening up about being a queer musician and mother, Black women and gender non-conforming individuals have created a space for other young girls and nonbinary persons to feel seen and heard in these spaces.

Ahead, see a list of thespians, entertainers, and musicians who have come out about their sexuality and gender identification and are proud advocates for the LGBTQ+ community.

The ‘Batwoman’ actress revealed in an interview with Health Magazine that she was not yet out to her mother about her bisexuality before being cast in the role for The CW Network.

“I was talking to my mom—we had to have a conversation when I got this role because I knew my sexuality would be discussed. She and I had never talked about it,” she told Health. “She was like, ‘You don’t have to talk to me about it. I’m your mother, I’ve known since you were a child.’ Once that was said, I didn’t have to speak to anyone else about it because my mother knew me and understood me.” 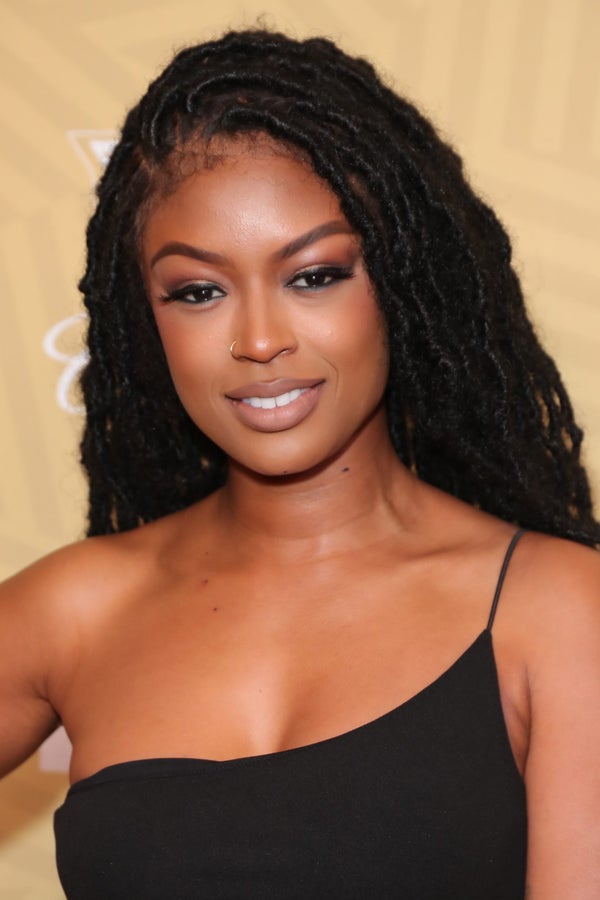 Though the ‘Hunger Games’ actor previously came out in 2016 as bisexual and pansexual, Stenberg identifies as nonbinary and uses pronouns she/her/hers and they/them/theirs.

“I’ve said before that I’m comfortable with using the pronouns ‘they’ or ‘them’ alongside ‘she’ and ‘her’ just because that’s a conversation that’s important to me,” Amandla explained, according to Teen Vogue. “I don’t necessarily always prescribe to female pronouns just because I don’t think that pronouns are necessarily very meaningful.” 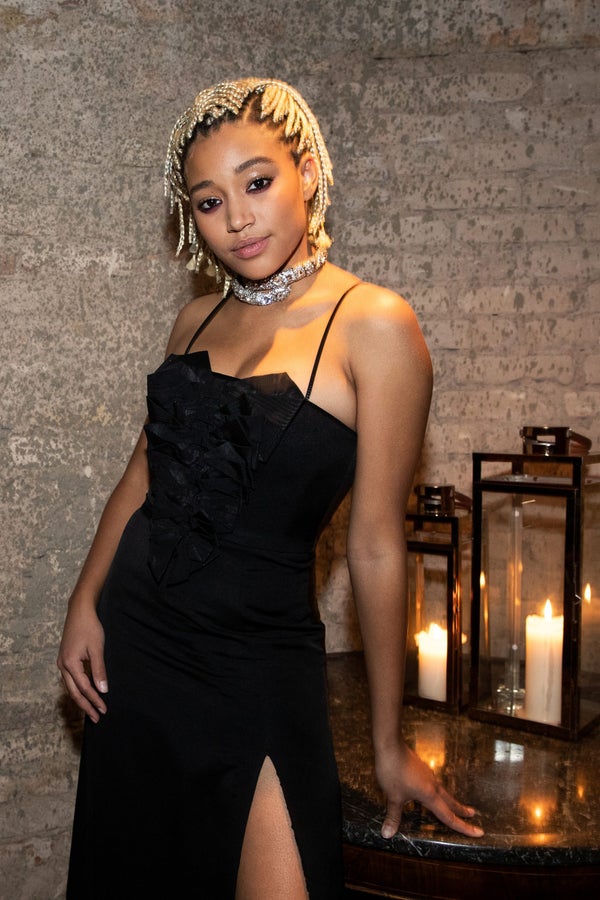 The ‘For Colored Girls’ actress came out as bisexual in June 2018 during an interview with Porter Magazine. “I can take things for granted because of my family— it’s so free and you can be anything that you want to be. I’m attracted to men and also to women,” she said proudly during the interview. “If I bring a woman home, [or] a man, we don’t even have to have the discussion.” Thompson also plays Valkyrie in the Thor movies, a bisexual hero in the original comic books. 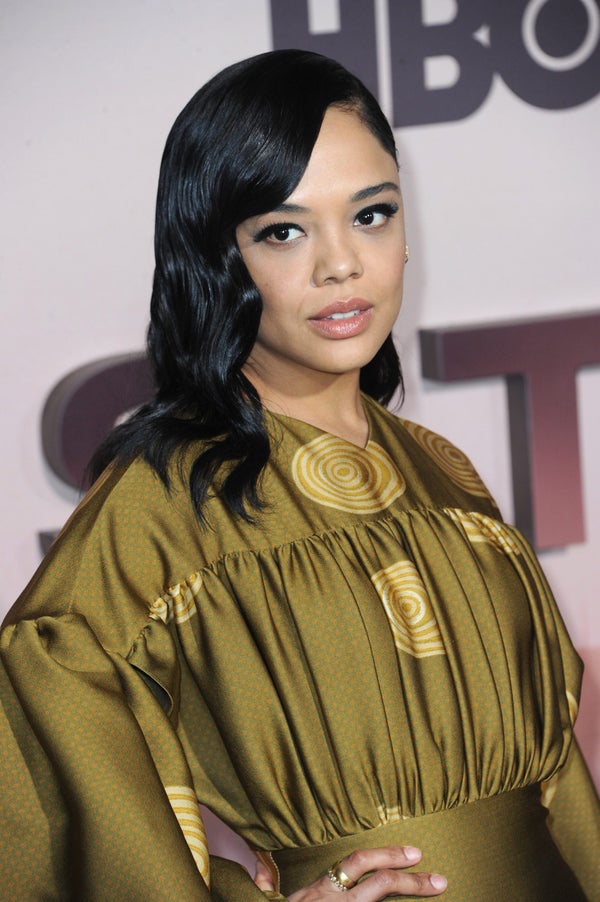 Best known for her role as Diggy in the blockbuster hit ‘Dope’ co-starring A$AP Rocky and Chanel Iman, Clemons publicly identifies as queer. She has previously expressed her passion for LGBTQ+-centric representation and stories in film and television. “We’re not normalizing. It is normal,” she said in an interview with IndieWire. 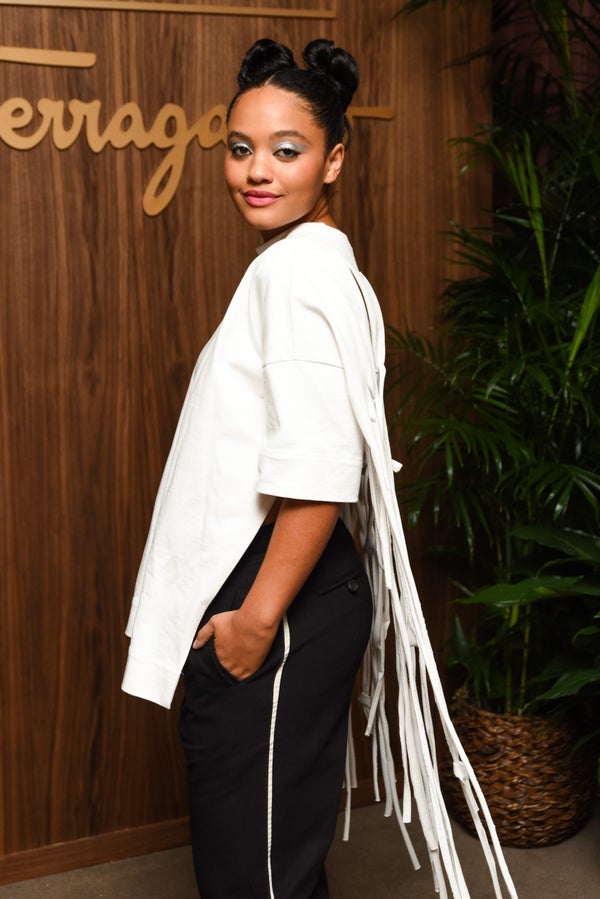 According to The List, the “Transparent Soul” rockstar opened up about her sexuality during a 2019 episode of Red Table Talk with her mother and grandmother. “I love men and women equally, and so I would definitely want one man, one woman,” she said. More recently, she discussed her preference for polyamorous relationships as opposed to monogamy. “I’m not the kind of person that is constantly looking for new sexual experiences,” Smith said during the 2021 episode. “I focus a lot on the emotional connection and I feel like if I were to find two people of different genders that I really connected with and we had a romantic and sexual connection, I don’t feel like I would feel the need to try to go find more.” 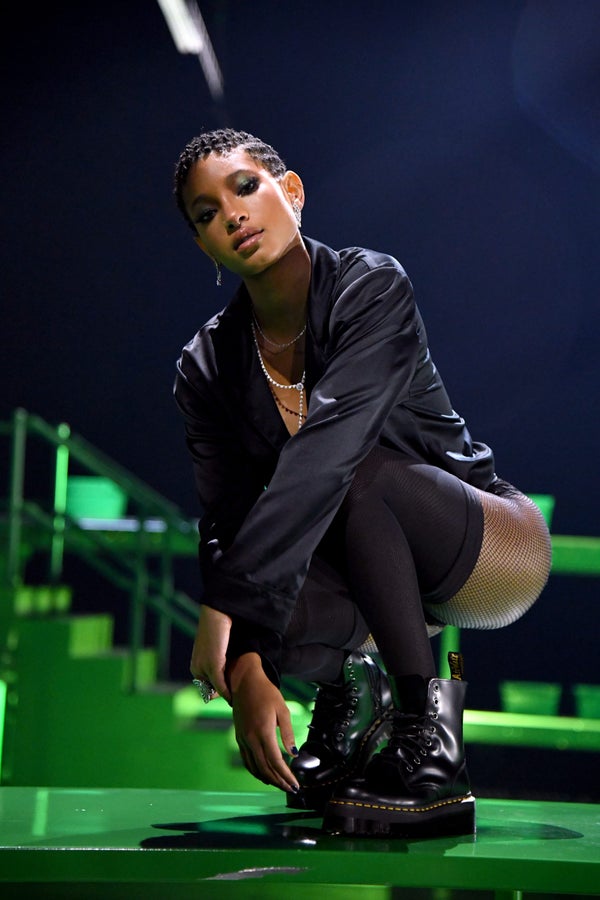 The award-winning “Dirty Computer” artist is openly pansexual and spoke with them.us about speculations surrounding her sexuality back in 2020. “I feel my feminine, I feel my masculine, I feel energy that I can’t really explain,” she explained. As for her preferred pronouns, she had this to say: “People can call me whatever it is they want to call me. I know who I am. I know my journey. And I don’t have to declare anything.” 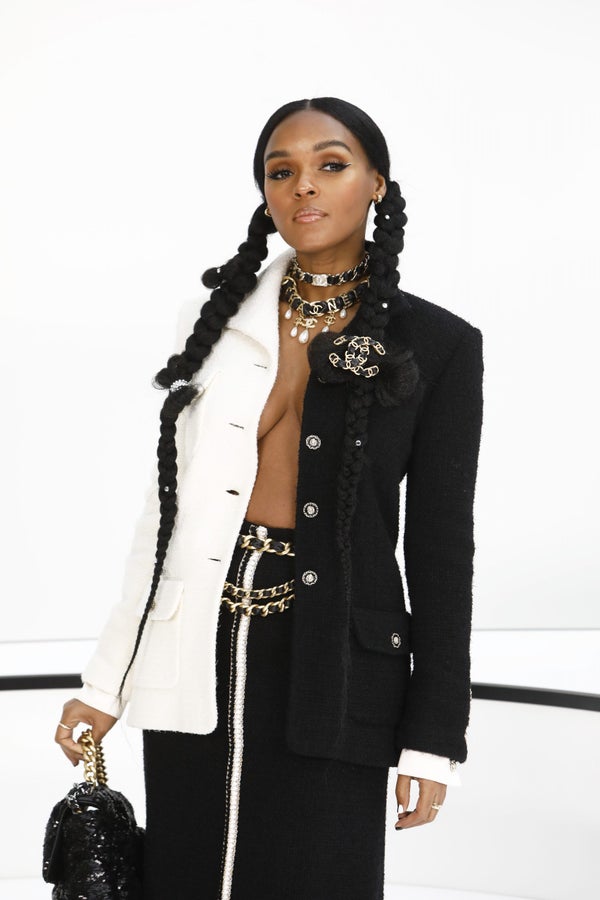 The ‘It Was Good Until It Wasn’t’ artist opened up to The Advocate about her queer identification and notions of gender fluidity during her April/May cover story interview. She admitted to her “cisgender-presenting, straight-presenting” privileges in a heteronormative world. In December 2020, Kehlani took to Twitter to announce their preference of she/they pronouns. 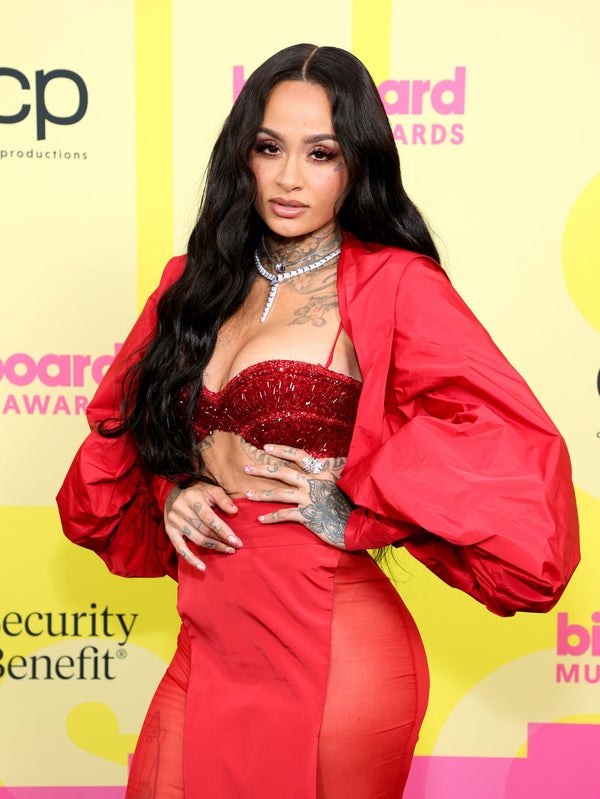 During her Spring 2019 ASOS Magazine cover interview, the Hellboy and American Honey actress opened up about her sexuality. “I don’t know what the terms all mean. It was around Sundance and apparently, I came out and they were switching up the words queer and gay,” she said. “If my heart wants it, my heart wants it. That’s been with anyone. I love who I love or like what I like.” 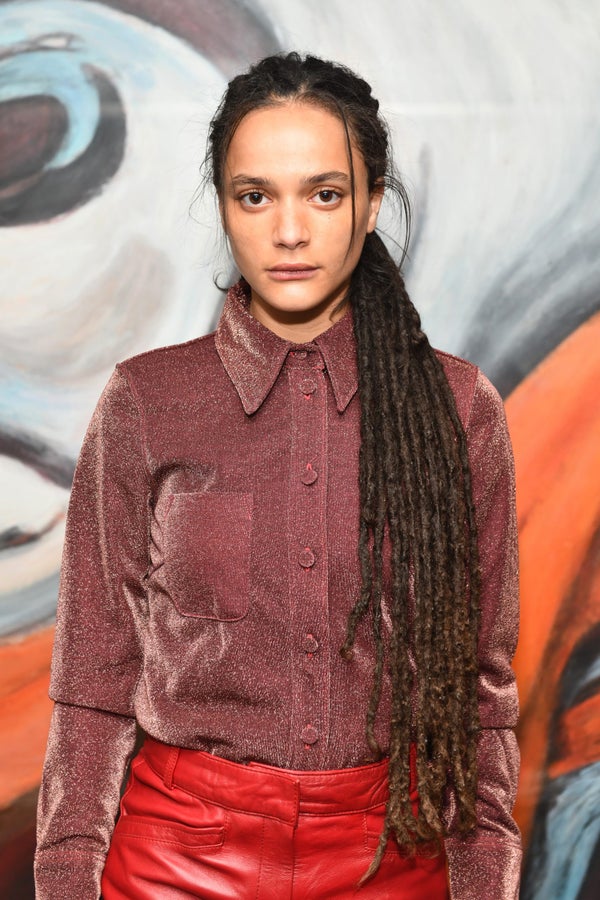 The ‘Straight Outta Compton’ and ‘Aaliyah: The Princess of R&B’ actress came out when she was 28-years-old. “I struggled with not only my sexuality, but my femininity,” she reveled in an Instagram post. “I have #pride in who I am and what I’m doing on this planet.” 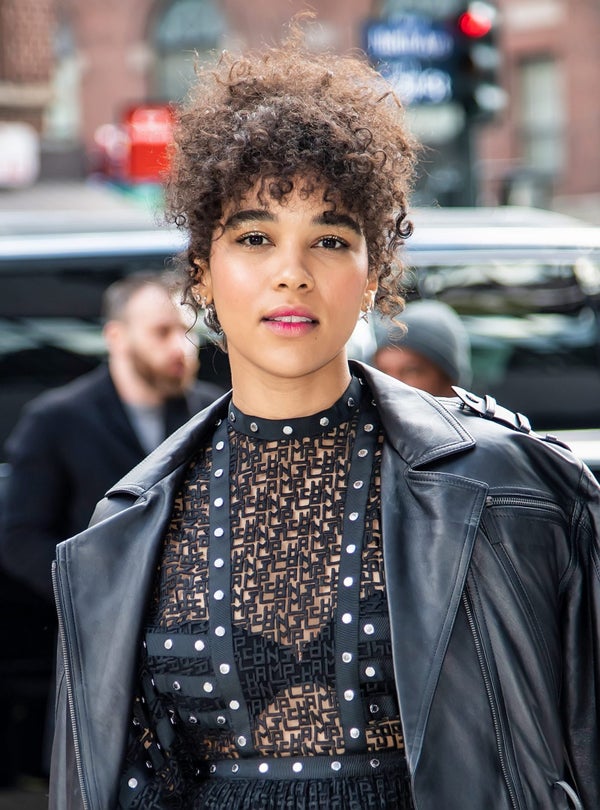 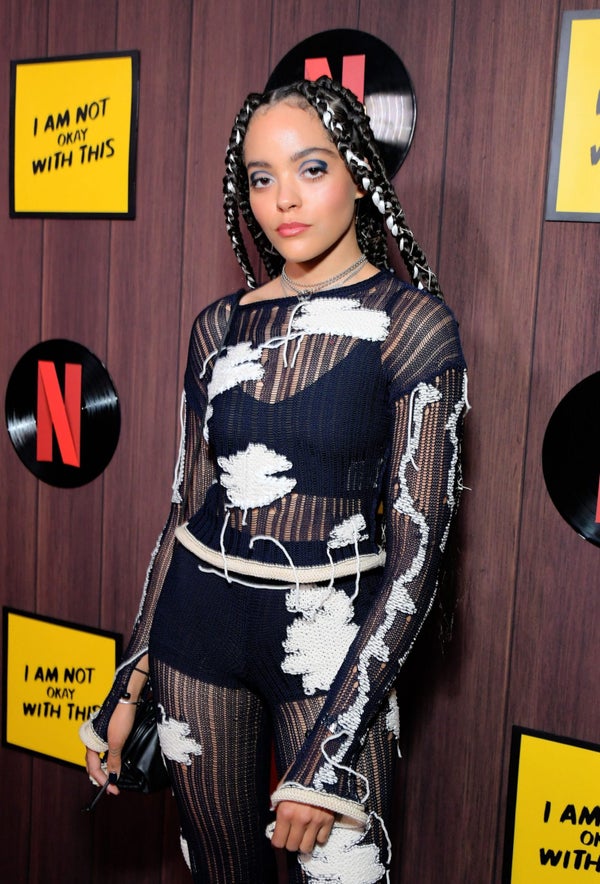 New York native DreamDoll identifies as bisexual and made the announcement on Instagram on June 1st. “I’m proud to announce that I’m Bisexual,” the ‘Ah Ah Ah’ rapper wrote in her caption which included the rainbow flag emoji. 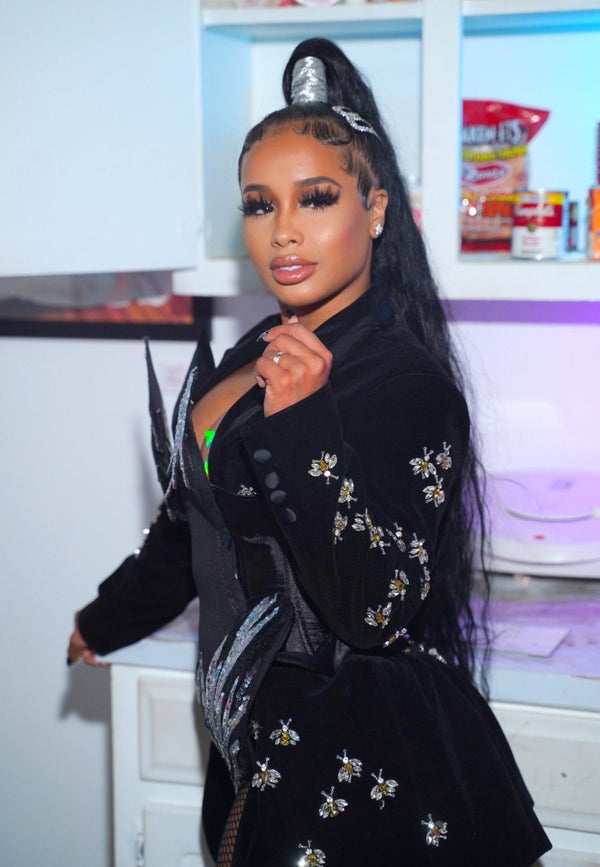 The original “Ooouuu” rapper revealed in an interview with DJ Vlad TV that she knew her sexual preference since she was around 5-years-old, but didn’t come out due to lack of understanding of her own feelings and fear of her mother’s rejection. 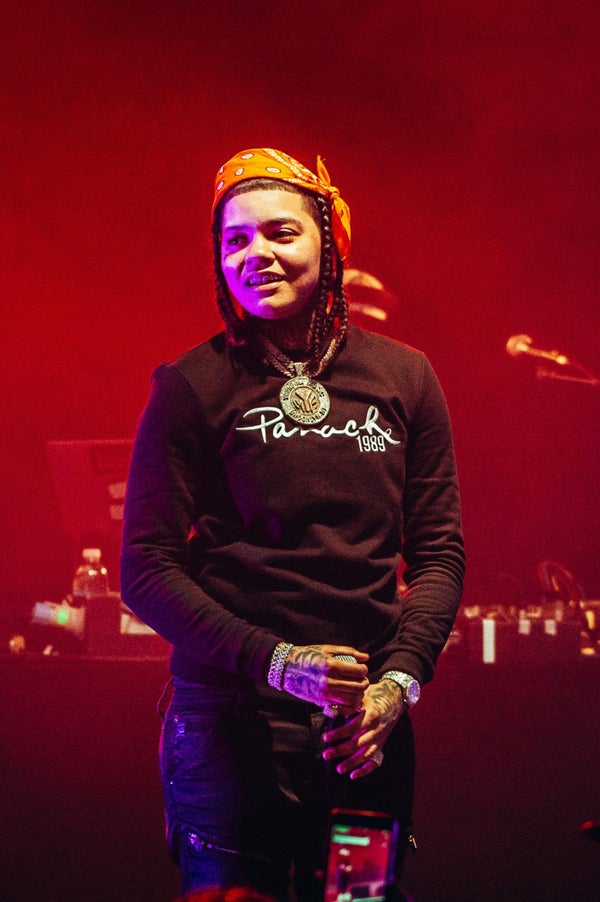 Our beloved ‘Good Morning America’ host Robin Roberts officially came out in December 2013, which made national headlines including Business Insider and CNN. Two years later, Roberts was named by Equality Forum as one of their 31 Icons of the 2015 LGBT History Month. 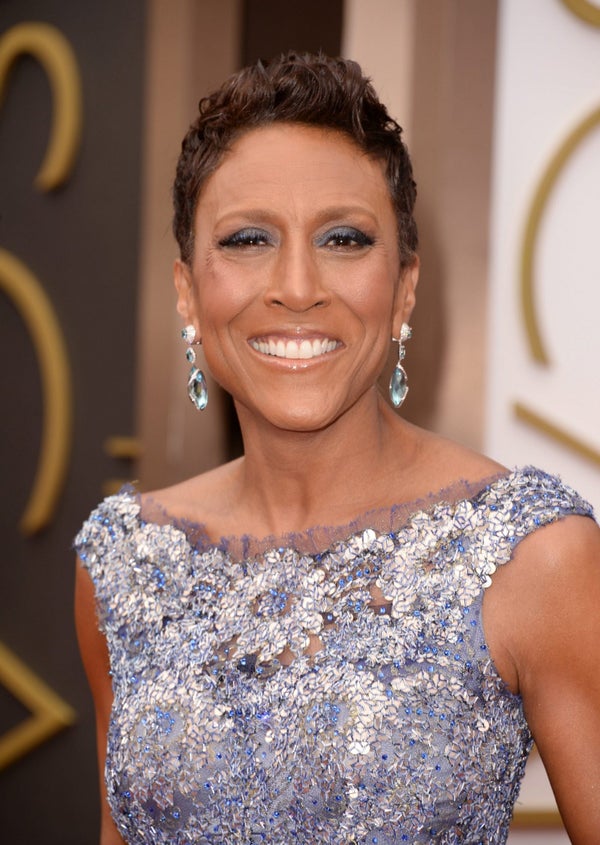 The ‘Orange Is The New Black’ star was accidentally outed as a lesbian, according to Insider. During an interview on WYNC’s “Nancy” podcast, the unnamed costar mentioned Wiley while talking about gay actors in the “OITNB” cast without her consent and she was not yet out. “Everyone’s journey is their own,” she said. “You should be able to come out on your own terms.” 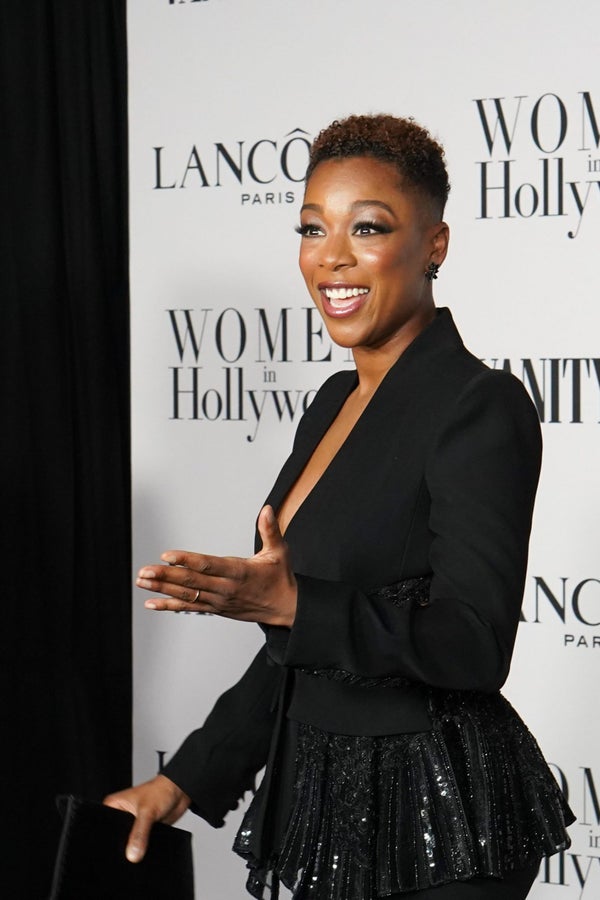 The comedian, actress and writer came out as a lesbian while at a same-sex marriage rally in Las Vegas regarding Proposition 8 in November 2008. 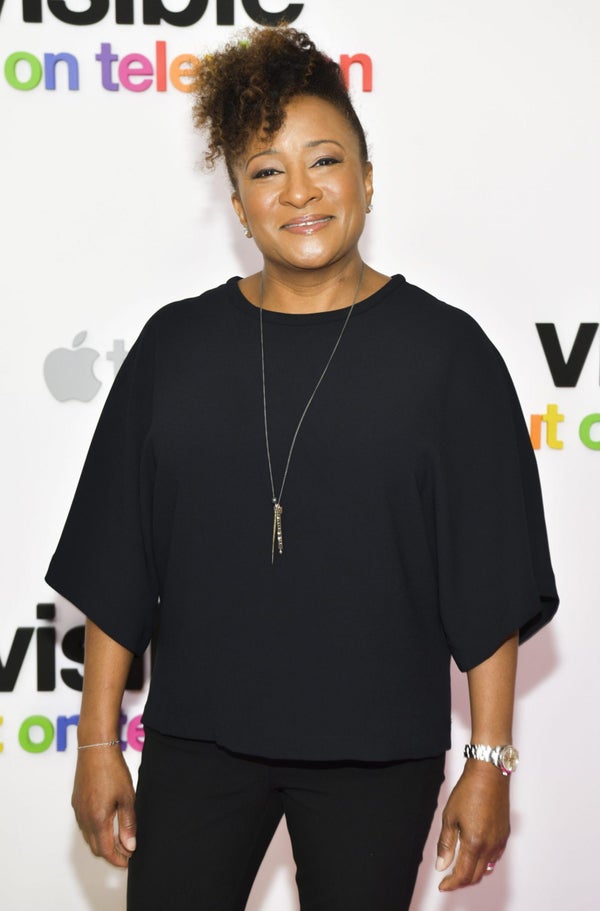 The ‘Claws’ actress shocked the world when she announced herself as the new “Mrs. Carol Denise Betts 💍.” Following her surprise wedding, she revealed to People that she and her wife had been friends since 2015 when she was still married to her ex-husband Jay Tucker. For the actress, the moment was not about ‘coming out,’ but “going into myself and being honest about who I love.” 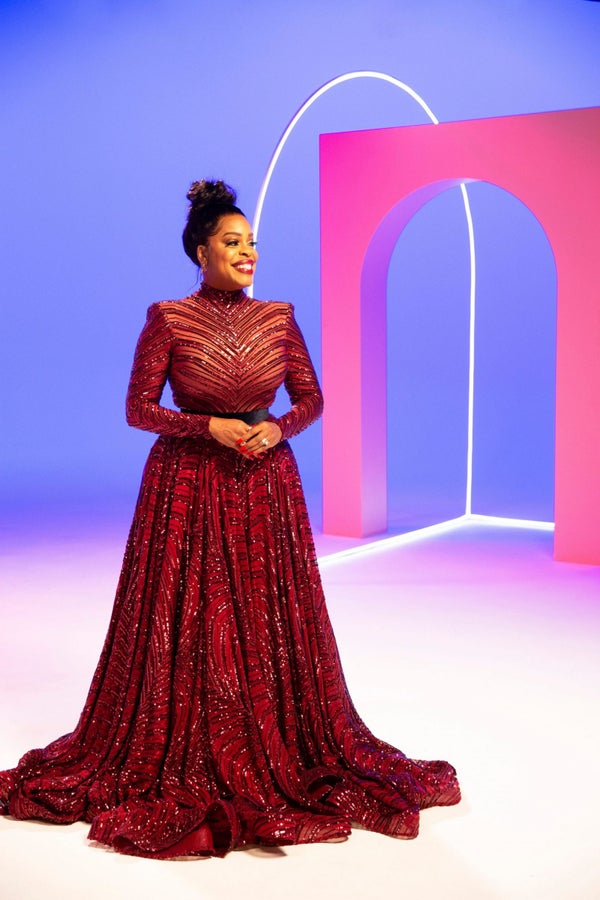 Did you know that the Thanksgiving episode of ‘Master of None’ was inspired by Waithe’s own coming out story? According to an interview with the Los Angeles Times, Waithe’s coming out experience was described as “[surviving] survived that thing that I was so afraid of.”

During a her speech during the 2018 ESSENCE Black Women in Hollywood ceremony, she encouraged all of her LGBTQ+ peers to “come out” and “stop hiding.” “Being born gay, Black and female is not a revolutionary act. Being proud to be a gay, Black female is,” Waithe said. 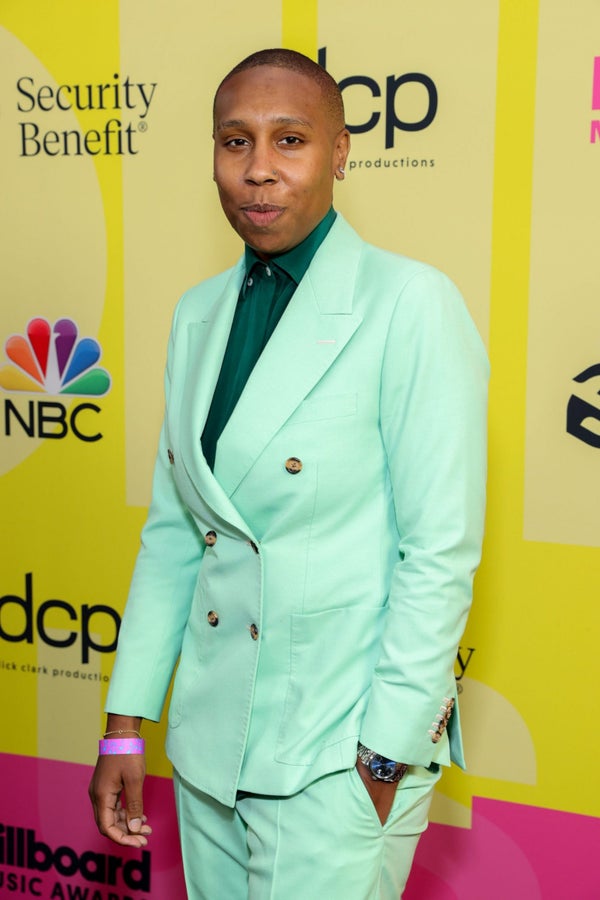 For the Autumn 2020 issue of GAY TIMES, the “Pasadena” singer candidly spoke about her bisexual identification. “It’s not that I don’t like putting a label on it,” she explained. ” I tend to shy away from terms – I guess this is the theme of my life! – that make people want to categorise me or put me in a box.”

She continued, “I can still give you a general sense of yeah, I’m bisexual. I’m somewhere on the spectrum. You know?” 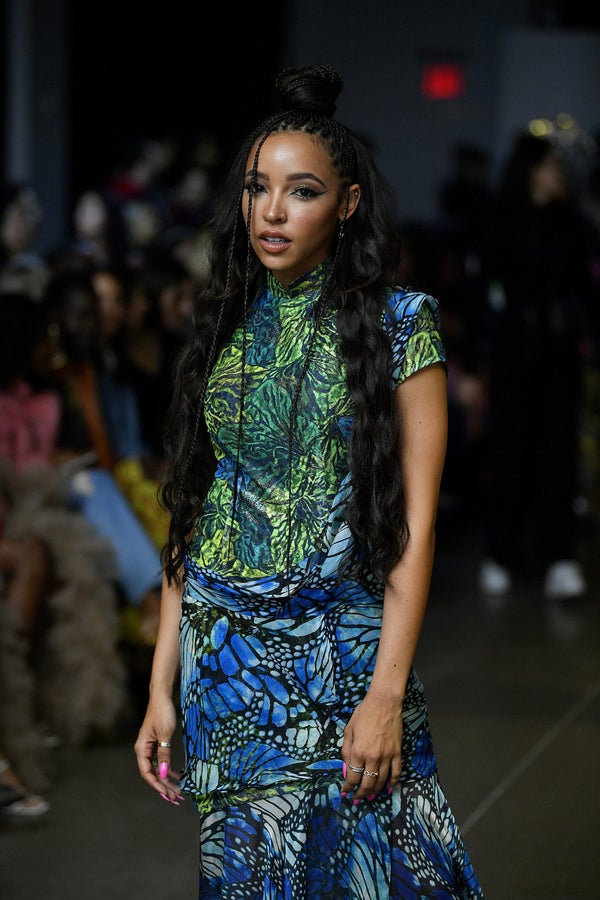