SAN FRANCISCO — George Nixon and John Graves are sitting on the tailgate of a truck in the parking lot of a municipal golf course, attempting to keep a beverage concealed while they reminisce about the round they’ve just completed.

It’s a setting that could play out at almost any municipal facility in America, but this one is a little different. Collin Morikawa captured the 2020 PGA Championship on this course — TPC Harding Park.

Nixon and Graves both have the city’s resident card, meaning cheaper green fees for a number of San Francisco’s munis, including this refurbished course that now sits as one of the region’s jewels. Harding Park once was a parking lot for nearby major tournaments, but now has become a major host itself.

“This one’s the nicest, for sure. It’s great to play a course like this, where you saw the pros play, and see what you can do, but I only play here once in a blue moon,” Nixon said. “Being an average golfer — OK, below-average golfer — and to have a venue with this quality you can come play, but not feel like you have to be in the upper echelon of golfers, it’s great. It’s like going to a (San Francisco) Giants game, but you get to go on the field and play.” 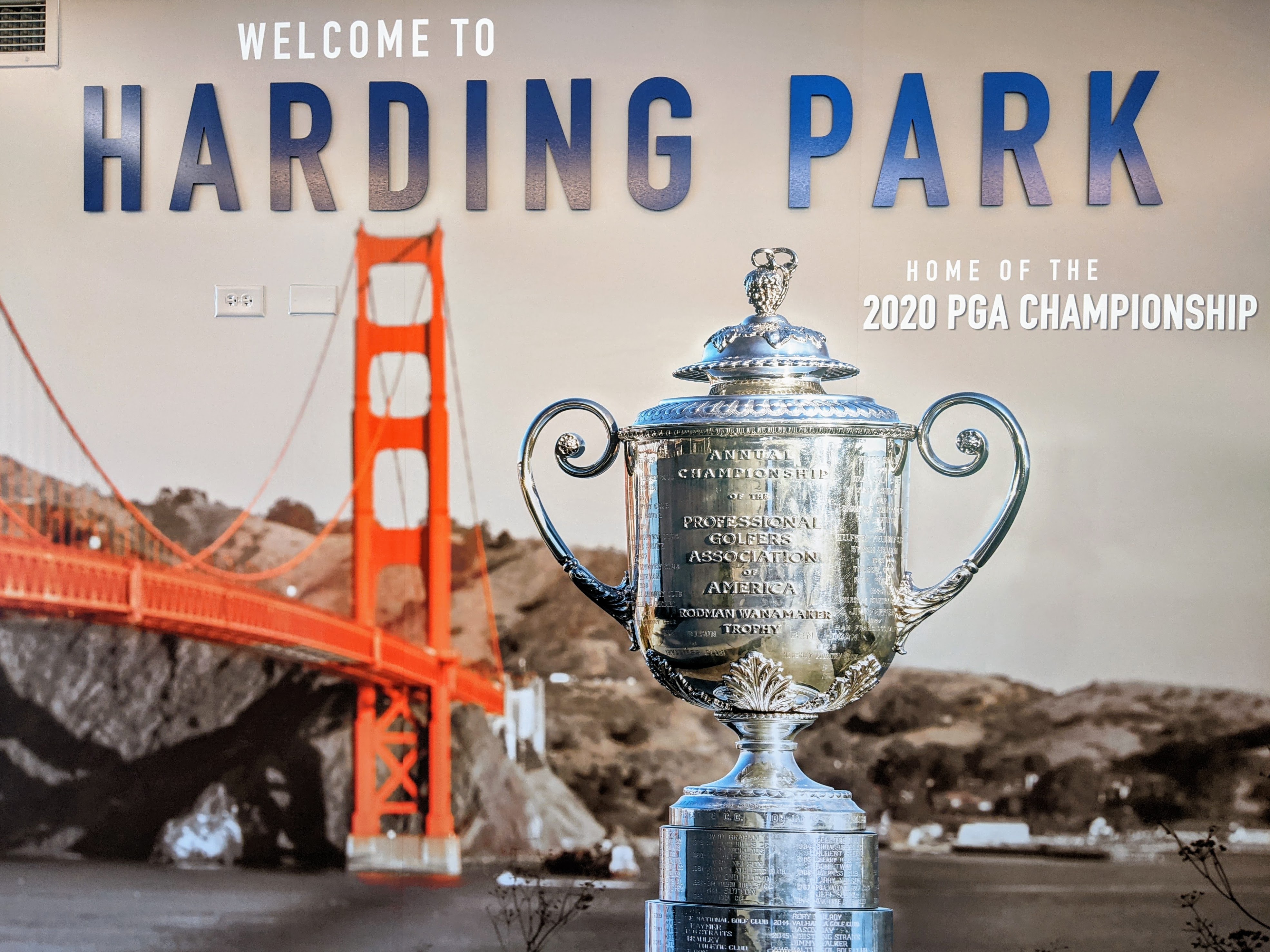 The lobby of the clubhouse at TPC Harding Park in San Francisco. (Photo by Tim Schmitt/Golfweek)

Nixon and Graves pony up for Harding Park from time to time, but they’re more likely to play one of the city’s other courses, such as Lincoln Park, which sits in view of the Golden Gate Bridge. That par-68 course, which measures just over 5,400 yards, is lined by cypress trees, just like Harding Park, but it’s a fraction of the cost — senior residents can play for $22 during the week.

It is what industry insiders refer to as part of the funnel. Those who start by nosing around at Lincoln Park or nearby Sharp Park — which we at Golfweek had among our top 50 municipal courses back in 2014 — become consistent players. They evolve into regulars and, hopefully, make more trips to places like Harding Park. If they become fanatical, and have the financial means and connections to do so, they might join established clubs like Lake Merced or the Olympic Club, both of which sit within a mile from Harding Park as the crow flies.

The cycle, in terms of a healthy golf ecosystem, continues to spin.

Oregon: An emerald in the West 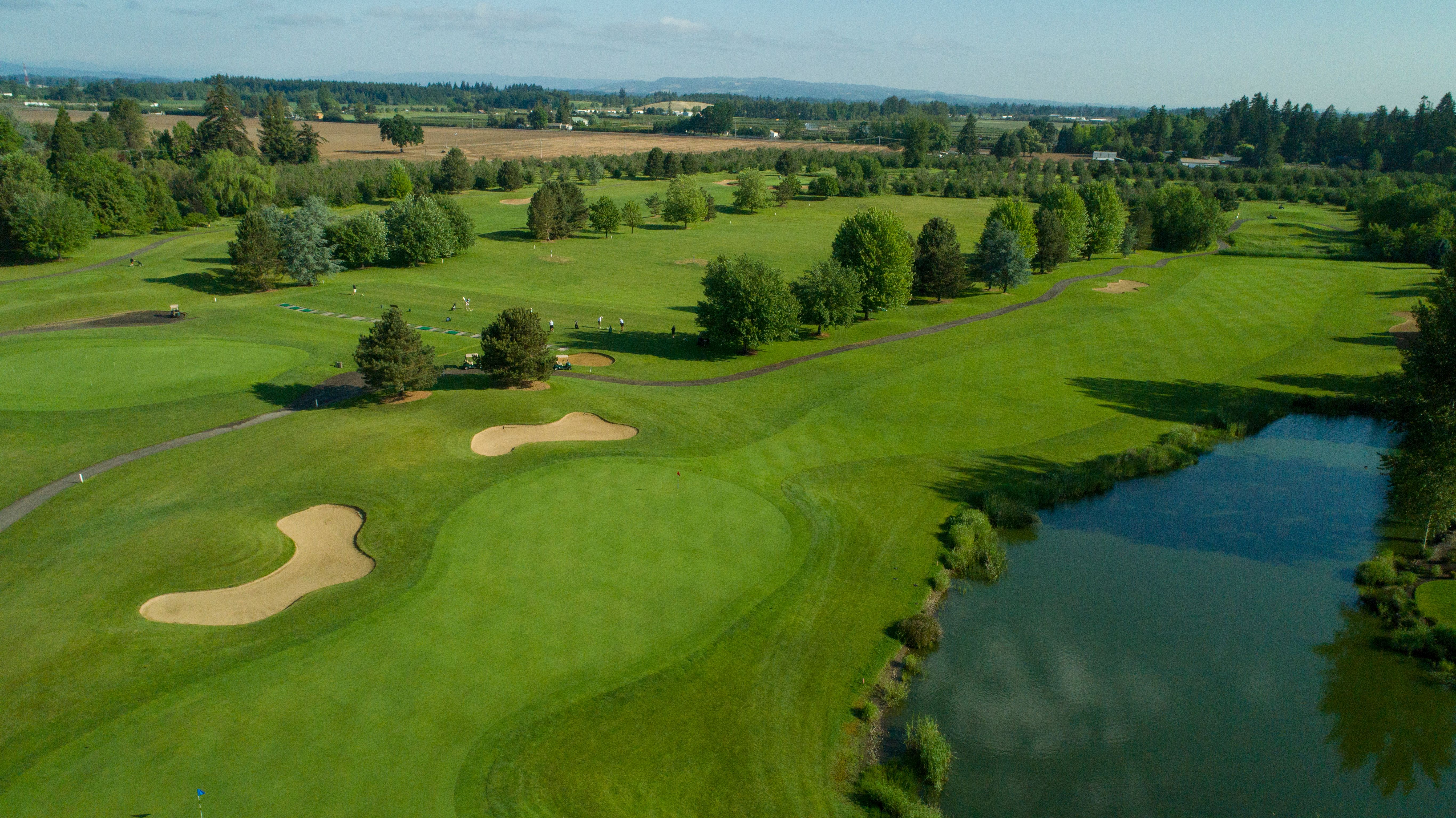 While San Francisco has an ideal setup to push players through the funnel, no place is looking to build a system with as much attention to detail as the state of Oregon. With one of golf’s modern meccas — Bandon Dunes — along its sparkling coast, Oregon has a leg up on many other golf destinations. But maintaining the health of all the state’s facilities is a constant battle.

Oregon, it should be noted, has long been a golf trendsetter, well before the success of Bandon. For example, Oregon was the first state to implement an Environmental Stewardship Guideline (best management practices) for golf courses all the way back in 1999. It’s now a national program administered by the Golf Course Superintendents Association of America (GCSAA) and Environmental Institute for Golf (EIFG) and is supported in part by the USGA in partnership with the PGA Tour.

Barb Trammell has been around golf for decades, including 19 years as the Senior VP of Tournament Operations for the LPGA tour and 15 years on the USGA’s Rules of Golf Committee. She’s now the CEO of the Oregon Golf Association, meaning she oversees the state’s amateur golf association.

Not only does Trammell have a macro sense of the state’s golf pulse, but it’s also imperative she’s got a micro grasp as well, as the OGA is one of six amateur golf associations in the country to own and/or operate a for-profit public golf course. The OGA course is located in Woodburn, about halfway between the state’s largest city (Portland) and the capital (Salem).

Trammell has seen a jump in rounds played at her course through the pandemic and hopes it’s a trend that will continue in the future.

“Golf has always been popular here in Oregon and not just the Bandons of the world — obviously that’s the go-to destination for others coming to Oregon — but we’ve always promoted Oregon golf courses in general. It’s like, hey come for Bandon but you can drive up the coast and find six or seven other great facilities and stay. So come for Bandon but stay and play all the other great facilities,” Trammell said.

“When when the pandemic hit, it was weird. You can see the statistics from in Oregon were no different than the trends that were happening nationally, just like in the boom back in the ’90s. But back then things started leveling out and declining in terms of participation.”

The recent surge has kept places like Bandon, which opened Sheep Ranch last June, almost at full capacity. But Trammell is more concerned that Bandon’s rising tide lifts all boats.

“The majority of public golf courses here in Oregon are small businesses. They’re the mom-and-pop type golf courses, they’re not Bandon Dunes and they’re not Sunriver Resort, they are mom-and-pop operations and across the board, the good news is I don’t know one course that I’ve talked to an owner-operator or municipal golf course GM that didn’t have a great year in 2020. So now our challenge is how do we sustain that and keep that momentum going?” Trammell said.

“Hopefully, we’ll keep people engaged. I know from our standpoint, our OGA membership is about 42,000 members and those are at public clubs, private clubs, all throughout the state. We’re more public-oriented than we are private club as far as our overall percentage of members, and we try to engage members through offers, promotions, and email engagement.” 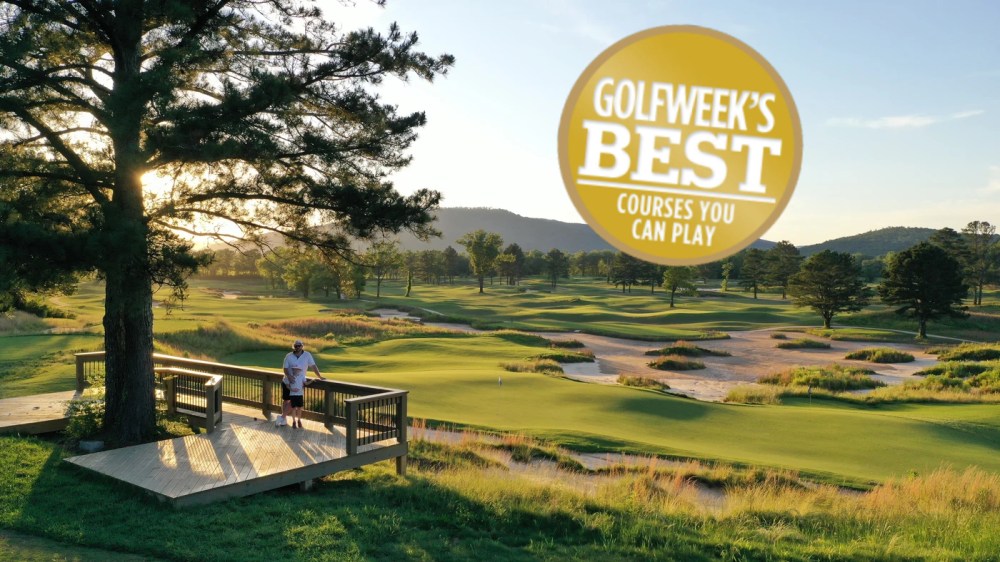 While Trammell is focused on the OGA property, she understands that for the funnel to keep pulling in players, the municipal courses in the state’s largest urban area need to be thriving. And she said the key to the nearby City of Portland’s success has come from hiring a golf-specific person to oversee that city’s five courses.

Trammell works with Vincent Johnson, a former Oregon State player who was hired to head the city’s golf division in 2018, through their OGA connections.

“They had the foresight to put someone in that position who really knows what he’s doing and he’s done a phenomenal job,” Trammell said. “The Portland city courses are very well run — they’re in great shape in terms of conditioning. A lot of times you think of a municipal golf course, which has so much play and it can be in terrible shape.

“It’s quite the opposite for the Portland city golf courses and you know, it’s like everything else — yeah, Vincent does report to the director of the Parks and Rec and I’m sure there’s a lot of bureaucratic things that he has to deal with that the general public doesn’t see, but just knowing those five courses fall under his auspices, it’s huge to have a golf person leading the way.”

Portland developed a strategic golf plan about four years ago, digging into topics like improved playability and conditioning within a set budget, all in the hopes of a continued uptick in rounds and revenue for the city. That’s kept prices affordable while making the system financially sustainable.

“That’s the name of the game,” Trammell said. “To keep people playing, especially kids who are playing junior golf, courses have to be accessible and they have to be affordable.” 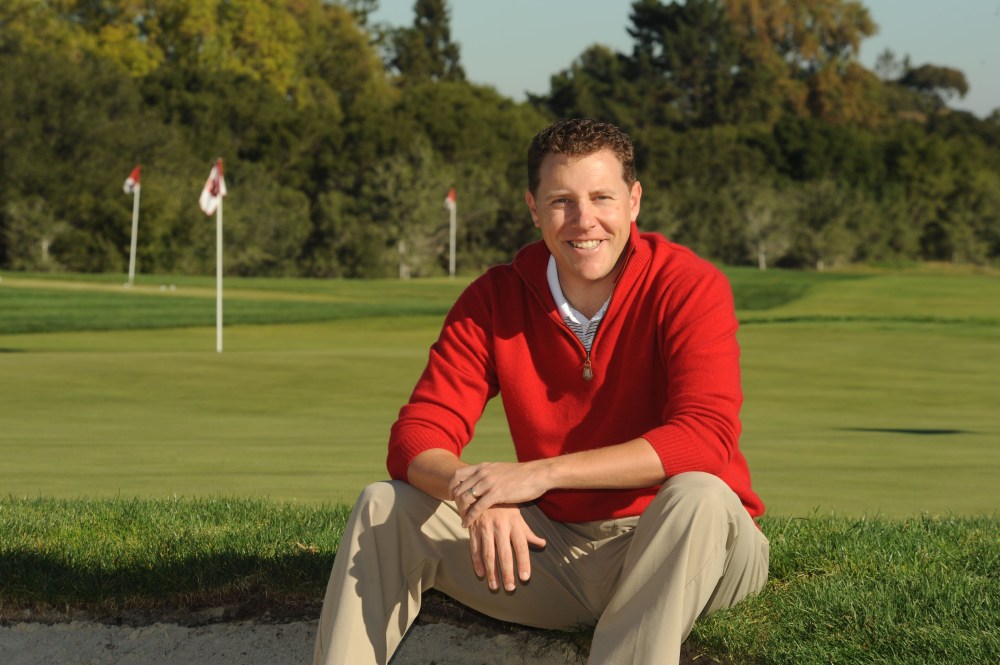 As the CEO of the National Links Trust, Sinclair Eaddy, Jr., has access to funding and national architects, but he understands the balance of refurbishing existing golf facilities while still maintaining a price point that allows courses to remain accessible to the masses.

While Oregon is building a base of local, municipal players to supplement what tourists bring in, Eaddy is simply trying to make sure the nation’s capital doesn’t lose any of its rich golf history. NLT has signed on top architects Tom Doak, Beau Welling and Gil Hanse to help with Washington D.C. public courses Rock Creek Park, Langston and East Potomac Park.

“The next step is this — how do you create this compelling experience that doesn’t have a Bethpage or Harding Park price tag?” said Eaddy, who previously ran the First Tee of Baltimore. “We think there’s a way to provide good playing conditions on compelling golf courses and do that in a cost-effective manner. But that is the biggest challenge.

“The most important thing is the impact these facilities have on young people. Many of these municipal golf courses are a refuge or a haven for young people to escape other pressures or issues that they face in their daily lives, especially in an urban environment. While working in Baltimore, I found golf courses to be safe places, where kids can get recreation, spend time with their friends, gain life skills and learn about the sport. To me, that’s the most important thing.”

Spend time with Eaddy and he’ll invariably refer to “deferred maintenance,” which is a nice way of saying municipalities have let their courses go to hell over time. He’s hoping the National Links Trust will provide a model for others to follow, using a combination of fundraising, publicity and governmental pull that will keep municipal golf courses in the spotlight.

“Every city and every municipal golf course has a different story. It’s tough to create a national operating model. But a model for best practices of how groups can pursue long-term rehabilitation of municipal golf courses around the country is feasible,” he said. “We’d like to create that model. Each city, county and state approaches the managing of these greenspaces in a different way.

“We want to be a thought-leader to other organizations. This is an opportunity. There’s unprecedented interest by recreational golfers in the game right now.”

But while interest in golf is certainly high, the lack of municipal courses as major venues is unnerving, at the very least. Premium public-access courses will continue to find the national spotlight, but remember, those courses are built and maintained for profit, not solely in the interest of growing the game.

During a recent media event at Torrey Pines, I asked incoming USGA CEO Mike Whan if he thought the lack of municipal courses hosting majors was a red flag at a time when these courses need to be placed on equal footing with mega-resorts like Bandon Dunes, Pebble Beach, Big Cedar Lodge and Pinehurst.

He shrugged and said he was more concerned with holding future U.S. Opens on courses that meant something to the players.

But the USGA as a whole — and Whan hasn’t even assumed the role yet, so it’s conceivable he’ll change his mind over time — has been pushing to help raise the visibility of municipal golf courses, and understandably so. Without the bedrock of municipal golf to build upon, the foundation of the game becomes shaky, and at a time when golf is trying desperately to attract a new audience, it would seem to make sense to keep rotating municipal golf courses into the PGA Championship and U.S. Open whenever possible.

“It is no coincidence that we are conducting the U.S. Open this year at a municipal course,” said Stu Francis, the current USGA president, on Wednesday from Torrey Pines. “California boasts more municipal golf courses than any other state.”

“It’s a purposeful statement, and we believe golf should be open, providing affordable, safe recreation for communities across America.”