Big 12 football does not offer much in the way of 2021 non-conference scheduling.

Few marquee games. Iowa State-Iowa. West Virginia-Virginia Tech. That’s about it. OU-Nebraska comes when the Cornhuskers are more down than usual. Texas-Arkansas comes when the Razorbacks are at the bottom of the Southeastern Conference.

The usual abundance of games against lower-division opponents – every Big 12 team except Texas has scheduled a Division I-AA opponent.

The Monday ScissorTales takes a look at Trae Young, an interesting OSU softball transfer and some infighting over the proposed 12-team College Football Playoff. But we begin by kicking off our annual series analyzing the non-conference schedules of college football’s Power 5 conferences.

The good news with the Big 12 slate? There shouldn’t be many losses. If there are, the non-conference is a total disaster.

The bad news? Nothing much here to lift the Big 12’s status, which is in a perpetual state of repair.

Here is how the Big 12 schedules rank, in terms of toughness and allure.

2. Iowa State: Northern Iowa, Iowa, at Nevada-Las Vegas. A dud-free schedule. Iowa appears to be the best non-conference opponent on a Big 12 schedule, Division I-AA Northern Iowa almost always is a tough out for ISU or Iowa, and UNLV is a road game.

3. Texas: Louisiana-Lafayette, at Arkansas, Rice. UT’s avoidance of I-AA opponents lifts the Longhorns over most Big 12 schedules, and ULL showed last season that it is not an easy mark.

4. Oklahoma State: Missouri State, Tulsa, at Boise State. The game at Boise is one of the more intriguing games, and the OSU-Tulsa game last season was an old-fashioned pitcher’s duel.

5. Kansas: South Dakota, at Coastal Carolina, at Duke. Give the Jayhawks credit. Two road games, one against an Atlantic Coast Conference opponent, and the other against a program that would have made the 2020 College Football Playoff had there been a 12-team bracket. Coastal was scheduled to host KU last September, but the dates were swapped because of the Big 12’s Covid policies.

6. Kansas State: at Stanford, Southern Illinois, Nevada: Not a terrible schedule, but Stanford appears down. And Nevada last season was not on the mid-major level of Louisiana-Lafayette, Tulsa or Coastal.

8. Oklahoma: at Tulane, Western Carolina, Nebraska: The Sooner schedule is about the same as K-State’s and Baylor’s. But Nebraska isn’t only down, the Cornhuskers tried to get out of the game. If they’re not excited, why is anybody?

Kansas softball star Morgyn Wynne is transferring to OSU, and she’s one of thousands of stories in the transfer portal, across all sports.

But the Wynne story is more interesting than most, because of what it tells us about the nature of the free-agent frenzy that has reached collegiate athletics.

But Wynne’s biography caught my attention. Wynne is a player who made the most of her campus experience.

Wynne, from Concord, California, was first-team academic all-Big 12. That’s not all that unique among standout players. But Wynne also was vice president of the KU student-athlete advisory committee and would have been president for the coming year before deciding to transfer.

Wynne also was KU’s female representative on the Big 12 Black Student-Athlete Council and was part of KU RISE.

“We all know about her softball prowess, but what she does off the field is where she makes the biggest impact,” OSU coach Kenny Gajewski said. “Morgyn is a generational type of person. I can’t wait for her to step foot on campus and be part of this program.”

Wynne’s transfer is revealing. Someone clearly that involved on a campus, someone clearly seen as a leader off the softball diamond, still was lured away by the athletic side.

Rampant transferring is nothing new to softball. Softball long has been a sport that allowed immediate eligibility. The new NCAA rule that allows a one-time transfer without requiring a sit-out season did not apply to most sports.

Softball movement is nothing new. Gajewski’s Cowgirls have benefited from such transfers as Alysen Febrey from Georgia, Carrie Eberle from Virginia Tech, Hayley Busby from Virginia and Samantha Show from Texas A&M.

“OSU’s success with transfers was a factor in my decision,” Wynne said. “Seeing other girls come in and be accepted into the team like they had always been there was huge for me to look at, knowing that it could be the same for me. It was like those girls who transferred in never missed a beat and that says a lot about the team.”

The Cowgirls have qualified for the last two Women’s College World Series. Wynne could help OSU make it three in a row. She plays first base and will have two seasons of eligibility remaining. Wynne hit 29 home runs in two seasons at Kansas, ranking sixth on the Jayhawk career list.

“Oklahoma State is the perfect fit for me,” Wynne said. “I have a lot of room to grow as a softball player and also in my professional career. I really believe in the coaching staff and have always felt like OSU is a good community that I wanted to be part of. The first minute I spoke to Coach G, I felt an instant connection. What I love about OSU is that it’s a place I could come back to even after I’m done playing softball.”

Wynne seemed to love Kansas, too. Her involvement at least suggested such feelings. But the lure of athletic success is strong. The NCAA transfer portal is not going to lose steam.

The Pac-12 wants an automatic berth in the proposed 12-team College Football Playoff. The mid-majors call bogus on that.

And welcome to sports’ version of Game of Thrones. Welcome to the Articles of Confederation. Welcome to the always-squishy relationships of the conferences that run college football.

The subcommittee of Notre Dame athletic director Jack Swarbrick and commissioners Bob Bowlsby (Big 12), Craig Thompson (Mountain West) and Greg Sankey (Southeastern Conference) proposed the 12-team playoff format, and it has been widely hailed as solving many of the complaints of the four-team bracket.

But the proposal calls for no automatic berth for any particular league. The six highest-ranked conference champions among the 10 in NCAA Division I-A, as determined by the selection committee, would get automatic berths.

But the American and Sun Belt conference commissioners have fired back.

American commissioner Mike Aresco told ESPN that an automatic berth in the 12-team playoff format would be an “enormous step in the wrong direction.”

Many administrators over the years have feared anti-trust issues if the power conferences have access to a playoff that is denied to the mid-major conferences. While the Power 5 leagues have dominated the four-team bracket – over seven years, no team outside the Power 5 has been included – there is no written policy that gives the Power 5 special status in the selections.

Aresco told ESPN that during the commissioners’ meetings last week concerning the proposed playoff, the Pac-12 was the only conference to raise the issue.

After that meeting Friday in Chicago, Scott released a statement saying the Pac-12 “supports expansion of the CFP and believes that the Autonomy Five champions should annually qualify for the CFP.”

The current proposal would include at least one mid-major champion each year, since six champions would qualify.

Using the committee’s rankings over the last seven years, only once would a Power 5 champion have been omitted from the playoff – the Pac-12’s Oregon last season. The Ducks were unranked by the committee; the Pac-12’s highest-ranked team was Southern Cal, at No. 17. Both the American’s Cincinnati (No. 8) and the Sun Belt’s Coastal Carolina (No. 12) would have been included.

“The Sun Belt Conference supports College Football Playoff expansion, including the working group’s recommendation to have the six highest-ranked conference champions in the field,” Gill said. “Playoff spots should be earned and not given.

“Under the proposed system, if you are a deserving team, you should have no concerns of being left out of the playoff.”

Consider that a direct shot at the Pac-12.

Aresco told ESPN that he sensed no “other traction” for the Pac-12’s proposal. “That would be an enormous step in the wrong direction from the working group’s proposal as far as I’m concerned. The top six conferences, without favor, is merit-based. It’s fair. It doesn’t reward privilege for privilege’s sake.

“The most desirable outcome obviously in our view is for this to be a meritocracy, where you have to earn it. That was what was the smartest thing about the top six. I applaud the working group for doing that. To my mind and our conference, it was the most welcome part of it.”

Stay tuned for the next episode of Game of Thrones.

Trae Young’s ascension in these NBA playoffs, including leading the Atlanta Hawks to the Eastern Conference Finals, have rewritten the narrative around the Hawks-Mavericks trade of three years ago, which put Luka Doncic in Dallas and Young in Atlanta.

Tom: “Maybe, just maybe, is it time to consider the possibility that Trey might turn out to be the better pick than Luka? (Don’t laugh at me or call me a Sooner homer!)”

Tramel: I will not laugh at you, even under threat of bayonet. But I might be tempted to call you an OU homer.

Doncic and Young always will be linked. When the Hawks traded the third pick in the 2018 draft to the Mavericks for the fifth pick and a future No. 1, that meant Dallas got Doncic and Atlanta got Young. Plus eventually, Cam Reddish, who became that other first-round pick.

Reddish has proven to be a solid player. Doncic is a superstar, and you’d have to say Young got to that status this postseason.

Young has been fabulous as a deep-shooting, sweet-floating scorer and high-assist point guard. He’s a defensive liability, but truth is, so is Doncic.

Doncic’s is the total package offensively, and 29 NBA teams still would take Doncic over Young. Not because of any fallacy in Young’s game, but because Doncic appears to be a transcendent player. A point guard Dirk Nowitzki.

Young’s rapid development makes this a good question, though, and a good debate. Young is perfect for the contemporary NBA game. Offensive-oriented, limitless range, great in the open court.

Young struggled at times against the 76ers, the NBA’s best defense, but he also shined at times.

Maybe Reddish becomes a good enough player to make the trade equitable, and maybe the Hawks have so much success with Young that the argument has no teeth. And just being compared to Doncic is quite the achievement. 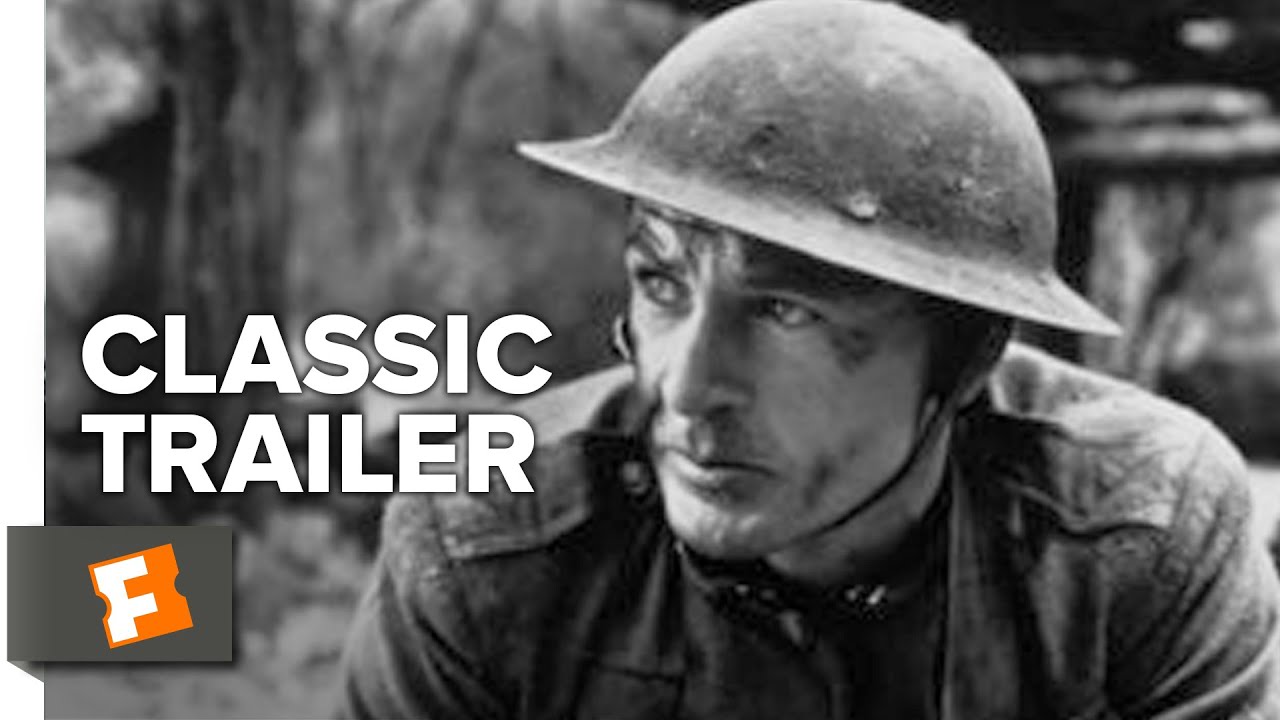 World War II movies are in abundance, many of them all-time greats.

World War I movies, not so much. But “Sergeant York” was an early contribution to the genre and remains a legendary film.

The film derived from York’s diary. He refused many times to allow the making of a film but finally relented in order to finance an interdenominational Bible school.

More:Tramel’s ScissorTales: Thunder trade gets a bonus with Kemba Walker for Al Horford

York had found religion in the Tennessee hills before the war, and his pacifist views were in conflict with the truths of war he found in Europe.

June Lockhart of “Lost in Space” fame is York’s sister. Ward Bond – of “The Searchers” and “the Maltese Falcon,” “Gone With the Wind” and “It’s a Wonderful Life” — is in it, too.

Few films make you think deeply while also making you stand up and cheer. But “Sergeant York” does both.

Berry Tramel: Berry can be reached at 405-760-8080 or at btramel@oklahoman.com. He can be heard Monday through Friday from 4:40-5:20 p.m. on The Sports Animal radio network, including FM-98.1. Support his work and that of other Oklahoman journalists by purchasing a digital subscription today.