In today’s NFL, safeties are tasked to do more than ever before. We can see this from the safeties that are coming into the league from college, as nearly all of them are box/slot/free defenders as opposed to the old school free/strong splits, or interchangeable standard safety roles. In a league where defenses call more dime than base, and nickel is really the new base, you’d have to be quite something as a deep-third defender or box enforcer to have that be the only thing on your resume.

Denver’s Justin Simmons, the top player on this year’s list, played two snaps on the defensive line last season, 319 in the box, 619 at free safety, 144 in the slot, and four at outside cornerback. That’s the order of the day. So, basically, all you have to do to be a safety of optimal value in today’s NFL is to cover the deep third with great range and accuracy, take away short and intermediate stuff as a flat and slot defender, blow up run fits from the box, and blitz credibly from the defensive line.

It’s not an easy job against offenses that are more diverse and explosive in the passing game than ever before, which makes the best in the game even more impressive. Here are our top 11 safeties in the NFL today. 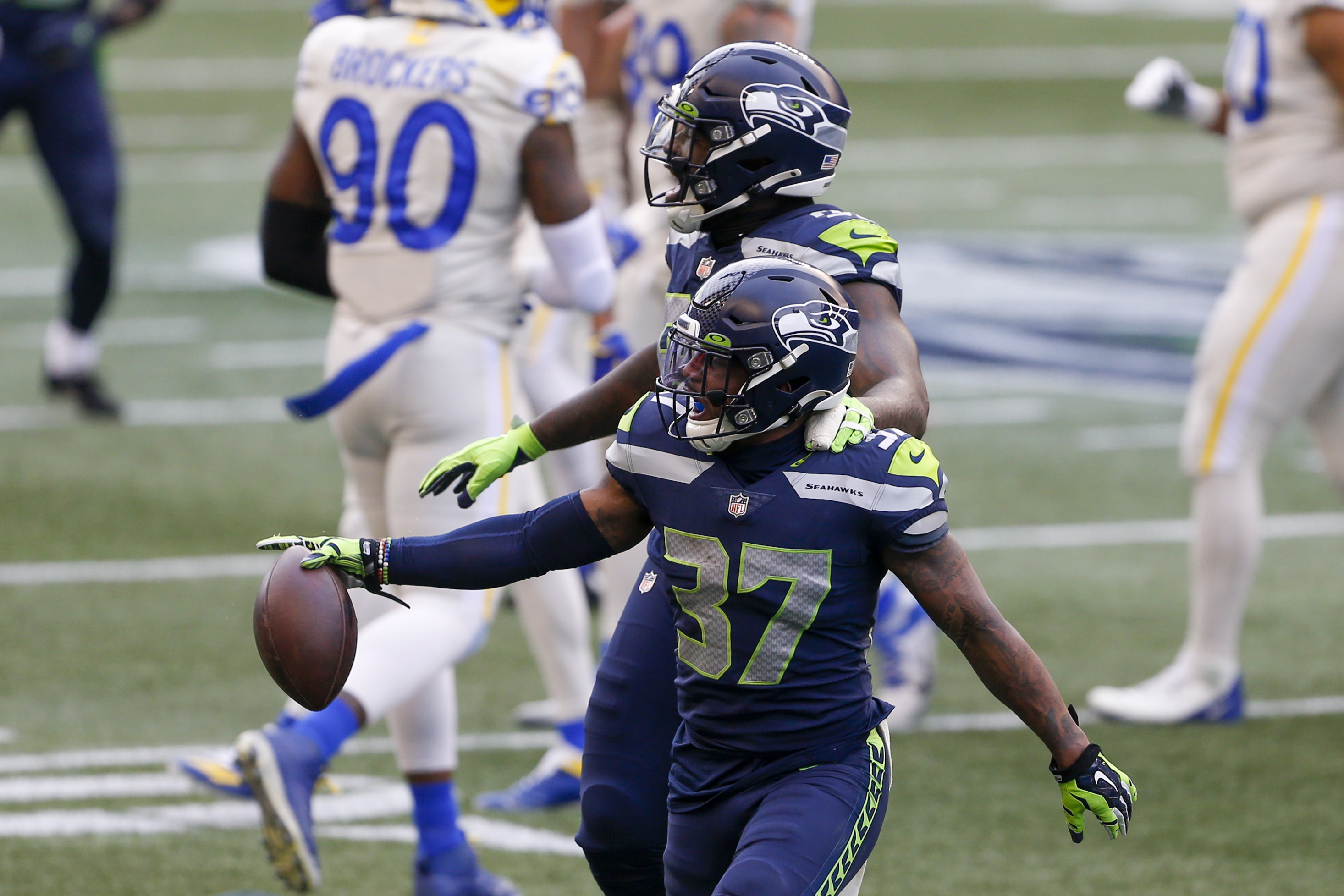 Last season, the Lions had five guys playing safety for them, and those five guys gave up a total of 13 touchdowns to just two interceptions. They probably could have used the services of Diggs, but they traded him to the Seahawks for a fifth-round pick less than two years after giving him a three-year, $18.6 million contract extension that had him under club control through the 2021 season. Instead, Diggs was of great benefit to Seattle’s defense — especially as a deep-third defender. Free safety had been a mystery position for Pete Carroll’s defense since the breakup with Earl Thomas, and Diggs put it right again in 2020, allowing 12 catches on 20 targets for 209 yards, 57 yards after the catch, three touchdowns, five interceptions, four pass breakups, and an opponent passer rating of 95.6.  With all the talk about Jamal Adams as Seattle’s defensive “weapon,” it was Diggs’ attention to the deep third that allowed Adams (and others) to move around to different roles. 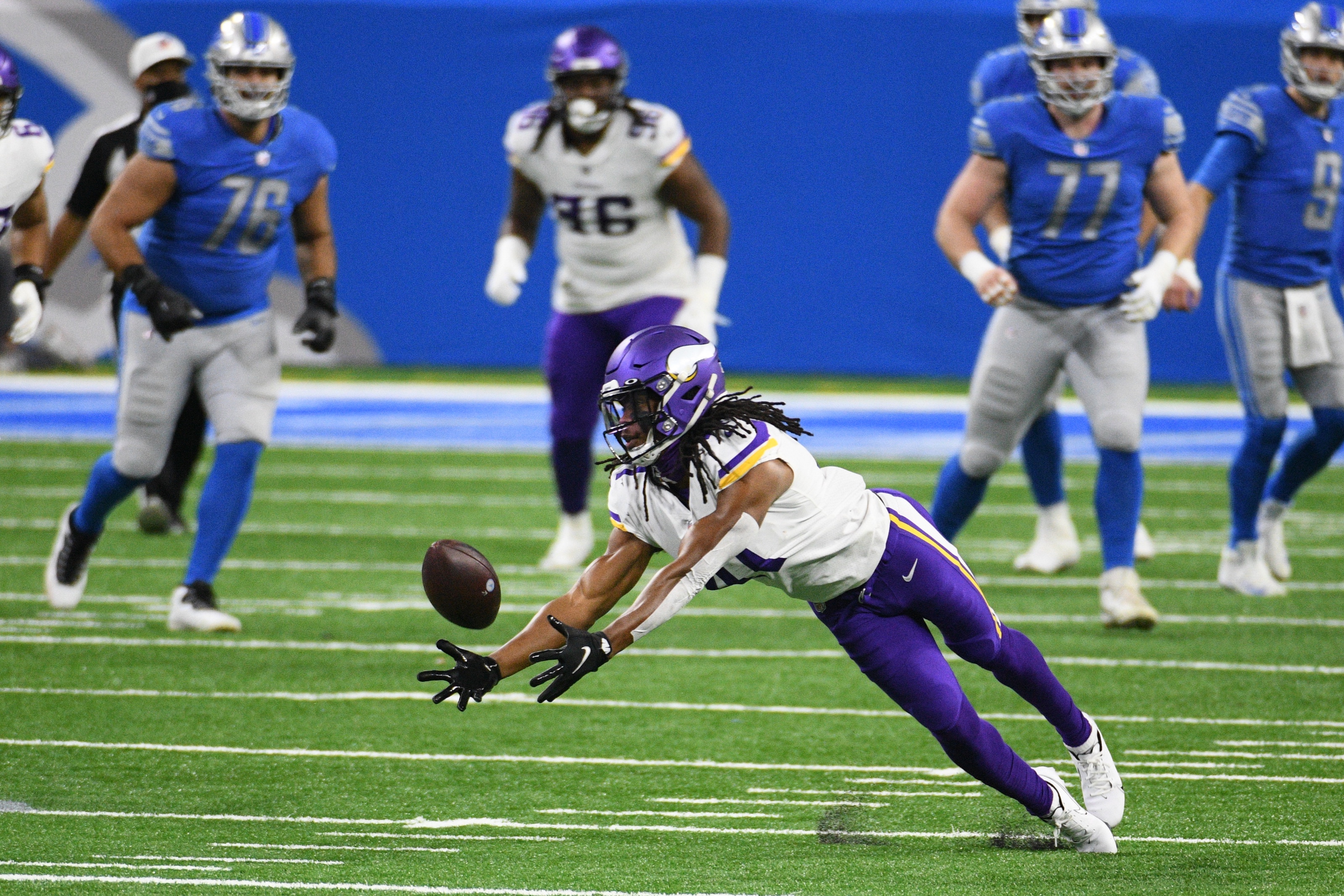 In 2019, including the postseason, Harris was the only safety (actually, the only player) in the NFL to grab seven interceptions while allowing no touchdowns. In 2020, he had no interceptions, and allowed four touchdowns, per PFF. This would lead you to believe that Harris’ 2020 season was a disappointment, which is one of the dangers of box-score scouting. The Vikings had a negligible pass rush last season, and two rookie cornerbacks in Jeff Gladney and Cameron Dantzler who took a while to get assignment-correct. Harris was left on an island more than before, and he still allowed just 15 completions on 28 targets for 236 yards, and 40 yards after the catch. As he showed on this deep incompletion from Matthew Stafford to Mohamed Sanu last season, Harris still has the range to negate anything opposing offenses throw at him. The Eagles, who signed Harris to a one-year, $4 million contract this offseason, got quite the bargain. Harris also had seven pass breakups, tying him for fourth-best in the NFL. 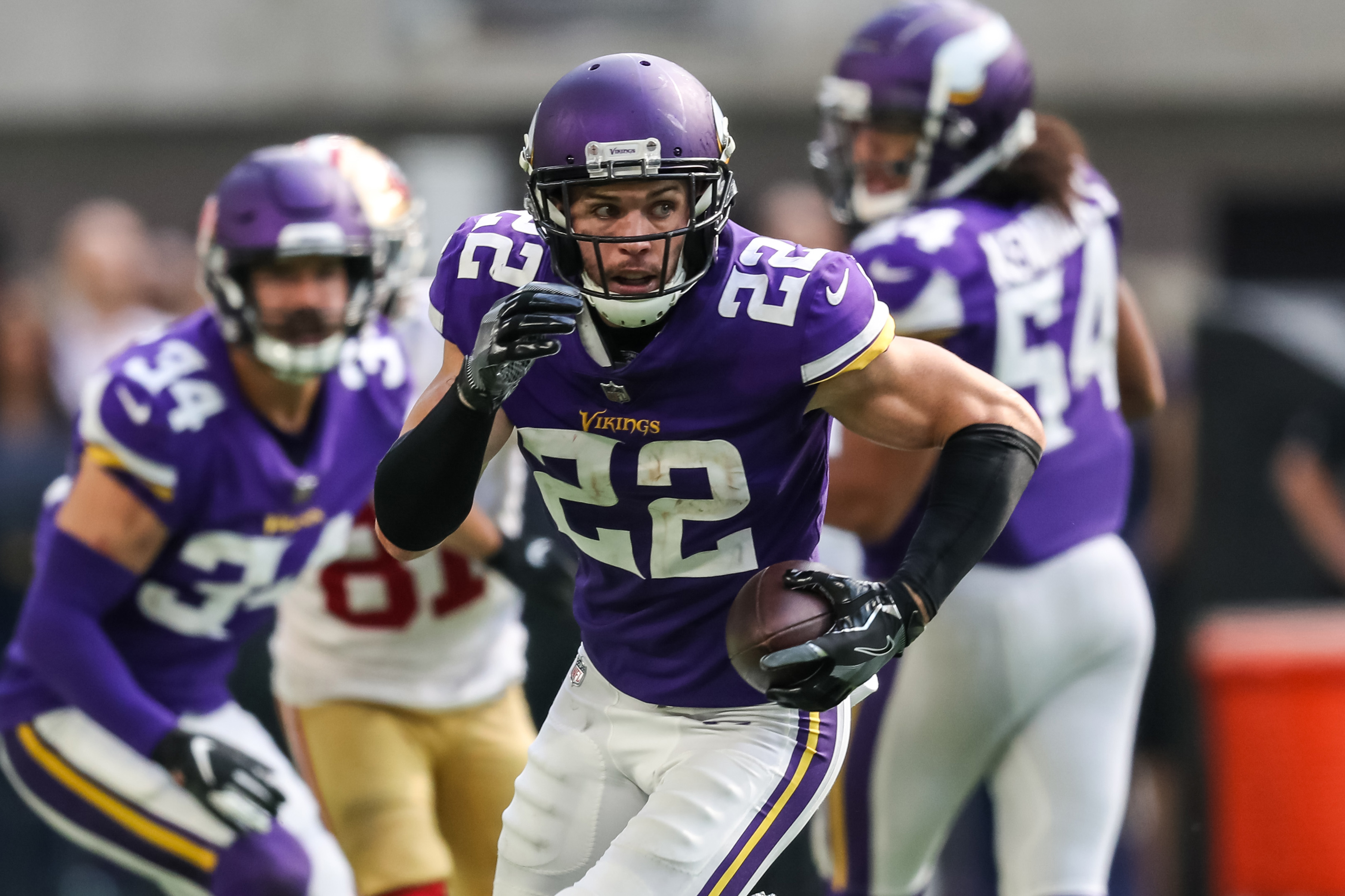 Smith has been one of the NFL’s best safeties for a good long time, and he managed to maintain that status despite coverage and pressure breakdowns all along Minnesota’s defense. As was the case for Anthony Harris, Smith had to do more with less around him. Still, Smith allowed just 17 catches on 26 targets for 276 yards, 80 yards after the catch, one touchdown, five interceptions, and an opponent passer rating of 74.0. Working adeptly between the box, slot, and free positions, Smith maintained his status as one of the best safeties in the game.

On this interception against the Titans in Week 3, Smith not only calls the shots pre-snap,  but he also moves with great speed and efficiency to the other side of the field to prevent what probably would have been a touchdown pass. 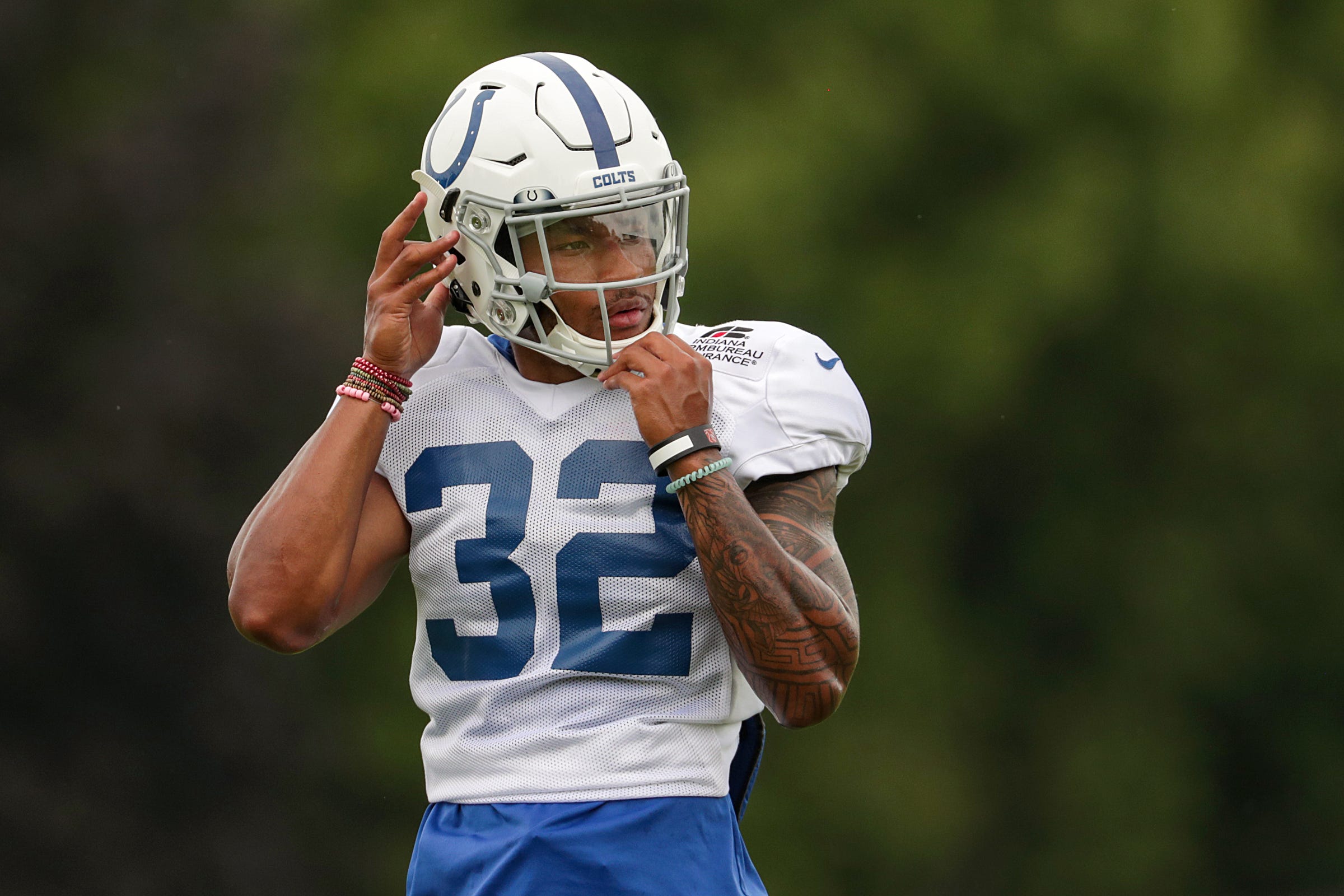 It’s rare for a rookie safety to immediately establish himself as a prime-time player, because the awareness required to play the position at the professional level usually takes time. But Blackmon, selected in the third round of the 2020 draft out of Utah, became just such a player, and he did it after Malik Hooker, who was projected as the Colts’ star deep safety, was lost for the season after just two games. Not only did Blackmon establish himself as a deep-third eraser right away, he did it in extreme volume — last season, only Quandre Diggs of the Seahawks and Duron Harmon of the Lions had more snaps at free safety than Blackmon’s 869. Blackmon allowed a total of nine receptions on 17 targets for 137 yards, 45 yards after the catch, no touchdowns, two interceptions, four pass breakups, and an opponent passer rating of 40.2.

As he showed on this interception of Cincinnati’s Joe Burrow in Week 6, Blackmon already has the field awareness to bait opposing quarterbacks, and the athleticism to jump the route just in time. 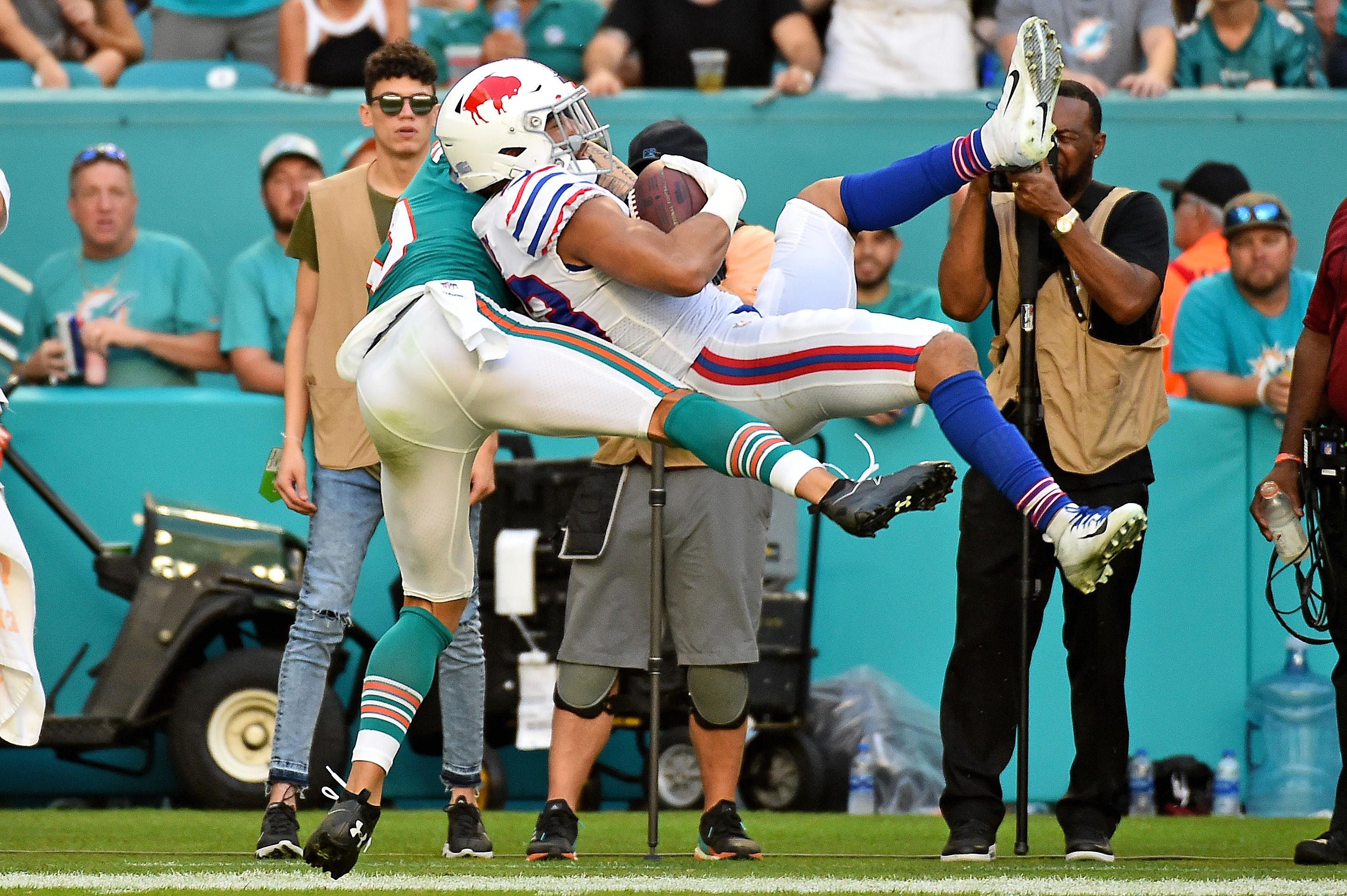 The Bills most likely have the NFL’s best safety duo in Micah Hyde and Jordan Poyer, and last season, it was Hyde who really stood out, allowing 15 catches on 27 targets for 143 yards, 46 yards after the catch, one touchdown, one interception, four pass breakups, and an opponent passer rating of 67.4. Hyde was great all over the field last season, playing 22 snaps on the defensive line, 284 in the box, 680 at free safety, 163 in the slot, and six at outside corner. But when it was time to break up the deep pass, Hyde was especially effective, as he showed against T.Y. Hilton of the Colts in Buffalo’s wild-card win. 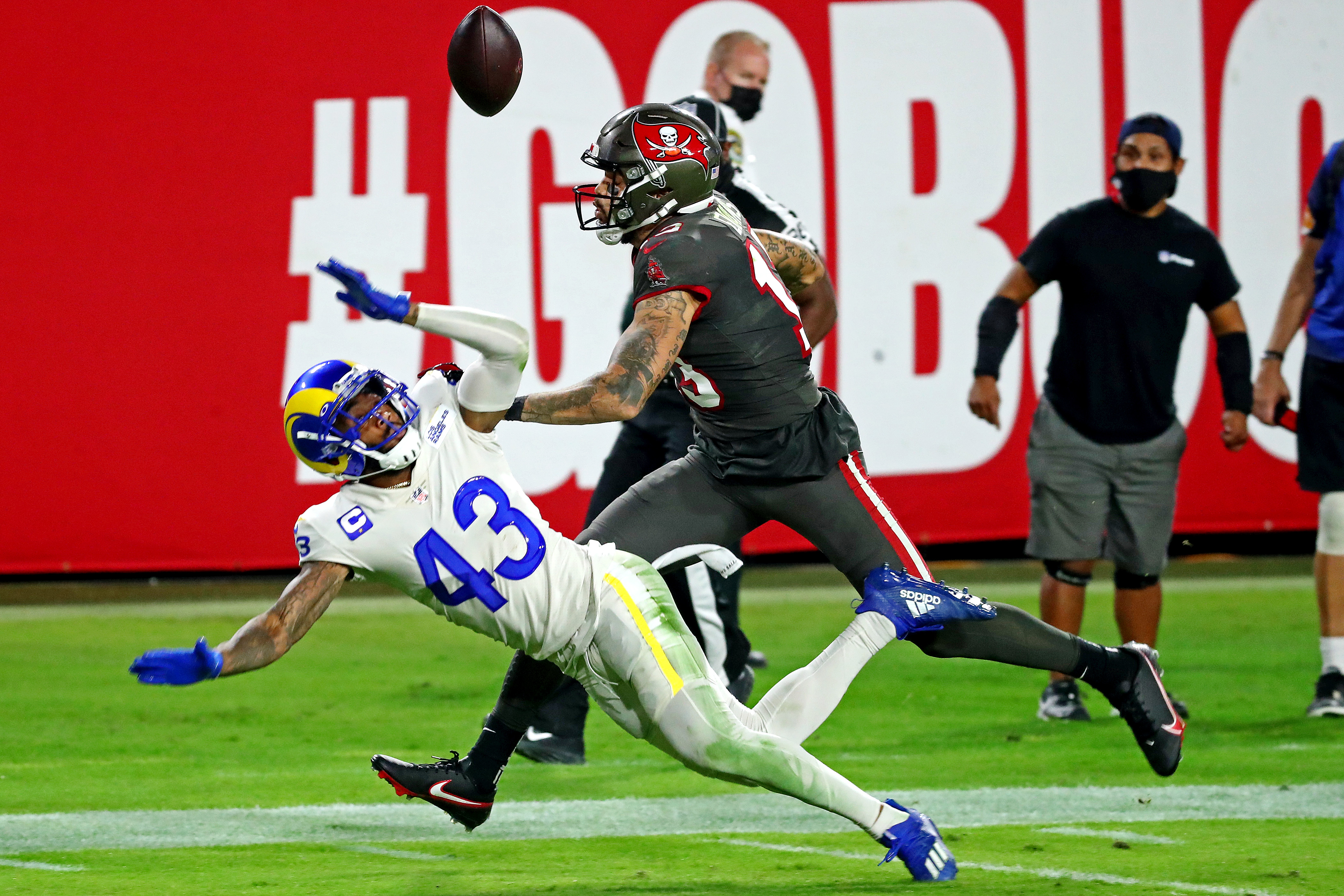 Last season, Johnson was the on-field shot-caller for Brandon Staley’s advanced Rams defense — the defense that got Staley the head coach position with the Chargers, and Johnson a new three-year, $33.75 million contract with the Browns in free agency. It’s a major upgrade for a Cleveland team that had very little at deep safety after rookie Grant Delpit was lost for the 2020 season — the Browns’ safeties combined in 2020 to allow 14 touchdowns to just five interceptions. The addition of Johnson, and Delpit’s return to the field, should set that right. Last season, Johnson allowed 55 catches on 73 targets for 390 yards, 235 yards after the catch, three touchdowns, one interception, and an opponent passer rating of 95.1. Johnson’s numbers would be better were he to go after the ball more as opposed to trying to knock the heck out of the quarterback’s target, but the effectiveness of the method has generally been proven over time. If you can end a threat from a receiver as physically intimidating as Seattle’s D.K. Metcalf, you’re doing something right.

Rob Gronkowski might want to chime in, as well. 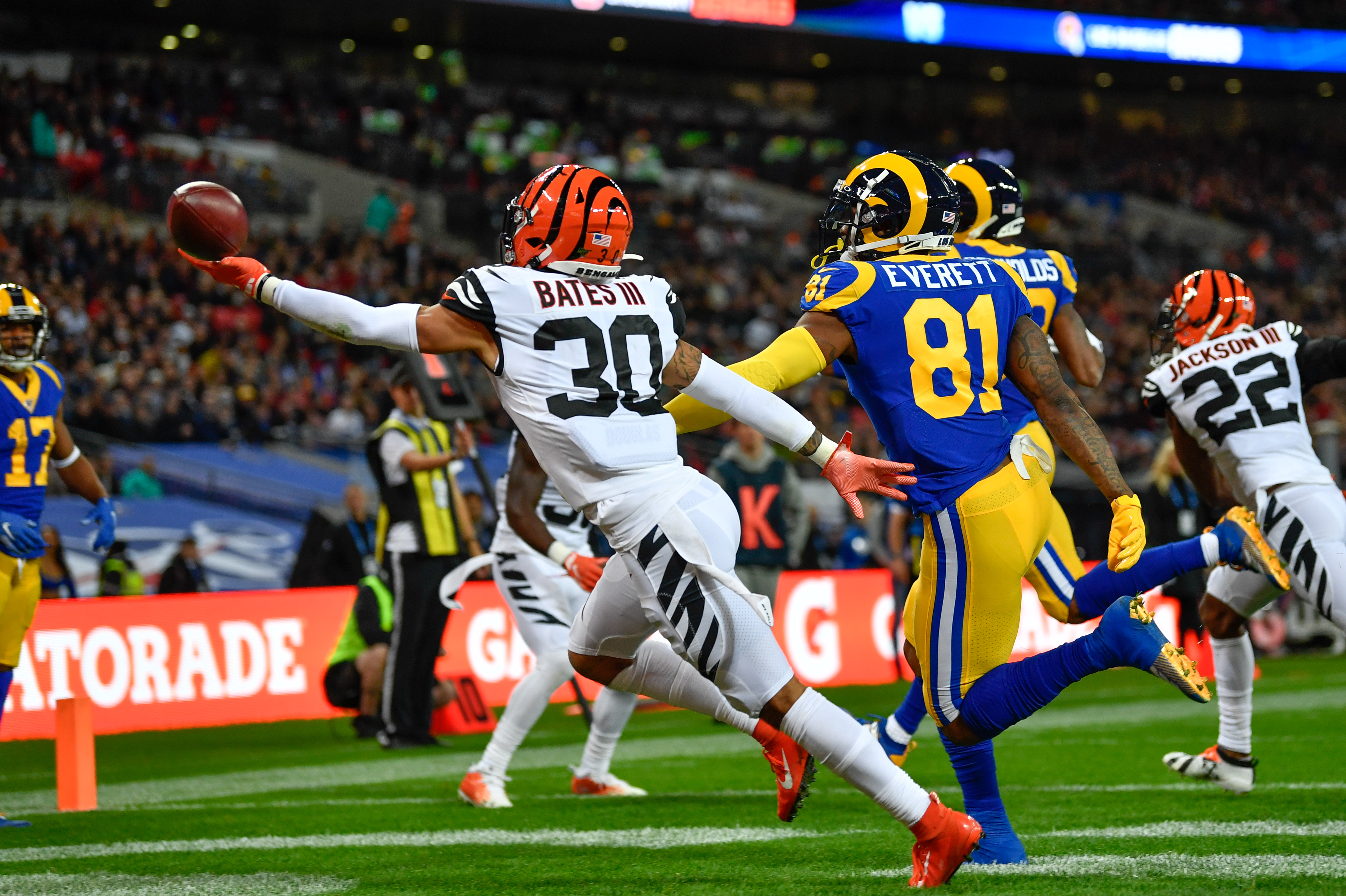 Bates has become one of the NFL’s best and most underrated safeties, lost as he is in defensive coordinator Lou Anarumo’s “Uh… what the heck was THAT?” schemes. Still, Bates had another fine season in 2020, giving up 19 catches on 35 targets for 178 yards, 72 yards after the catch, one touchdown, three interceptions, 12 pass breakups, and an opponent passer rating of just 42.3. Bates has the field awareness and closing speed to shut any play down. Here, Ryan Tannehill thinks he has A.J. Brown wide open in the end zone, but Bates is lying in wait for the interception. 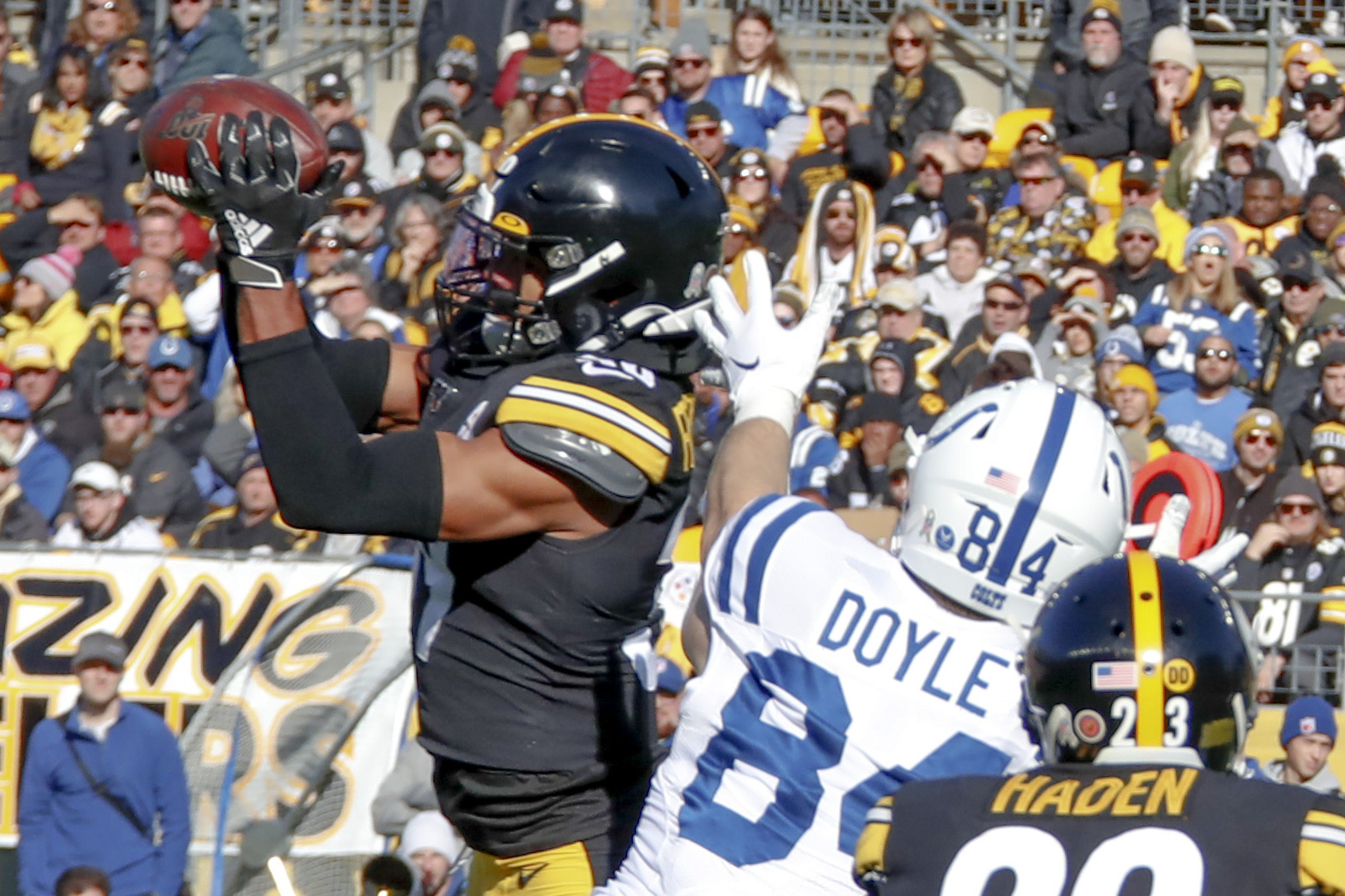 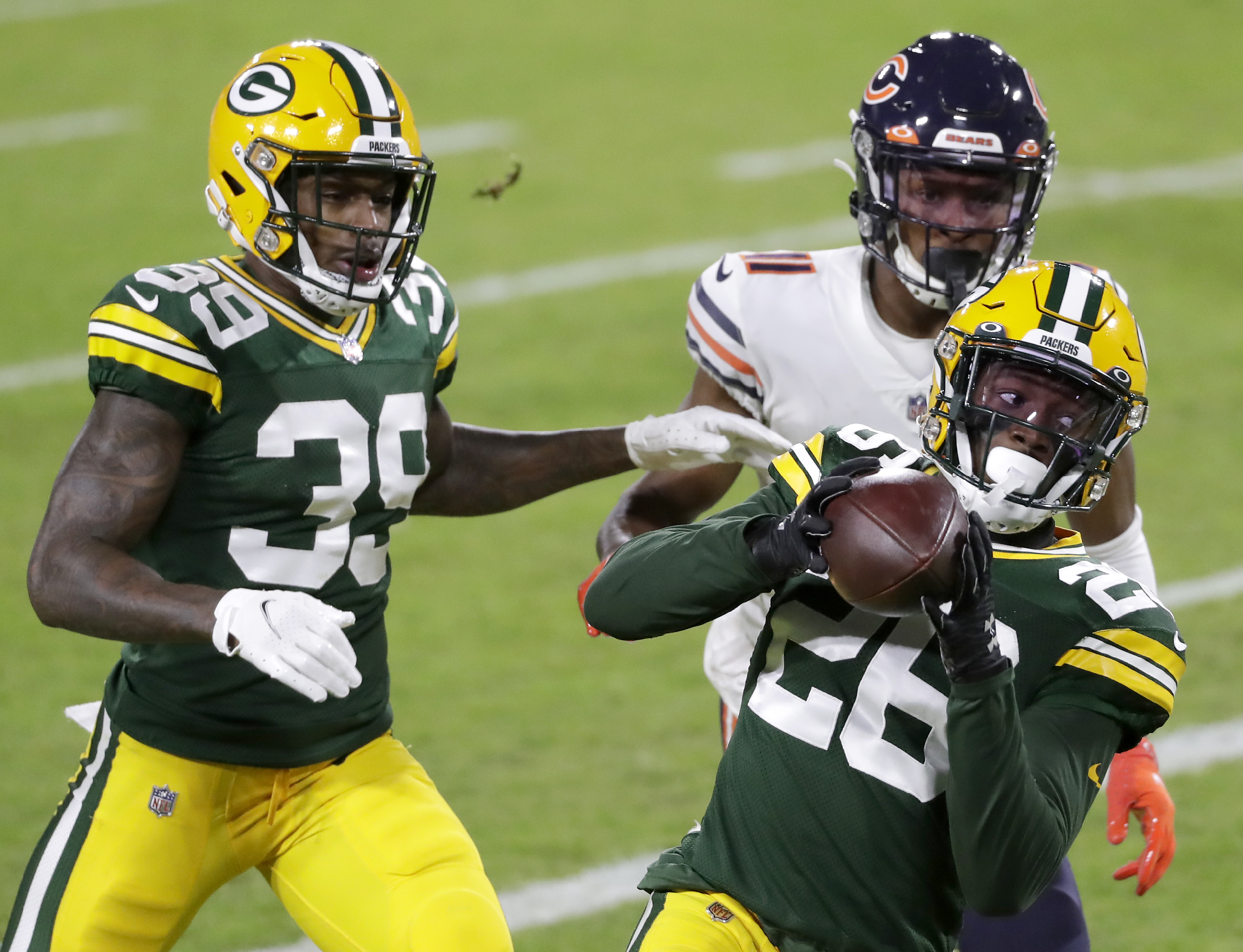 Green Bay’s pass defense was a disappointment at times in the 2020 season, ranking 15th in Football Outsiders’ opponent-adjusted metrics, but Savage was decisively not part of the problem. Last season, he excelled in the box, in the slot, and at free safety, allowing 18 catches on 33 targets for 356 yards, 109 yards after the catch, one touchdown, four interceptions, seven pass breakups, and an opponent passer rating of 63.0. Savage’s combination of athleticism, route awareness, ability to read and react to play design, and closing speed make him one of the best young defensive players in the NFL. 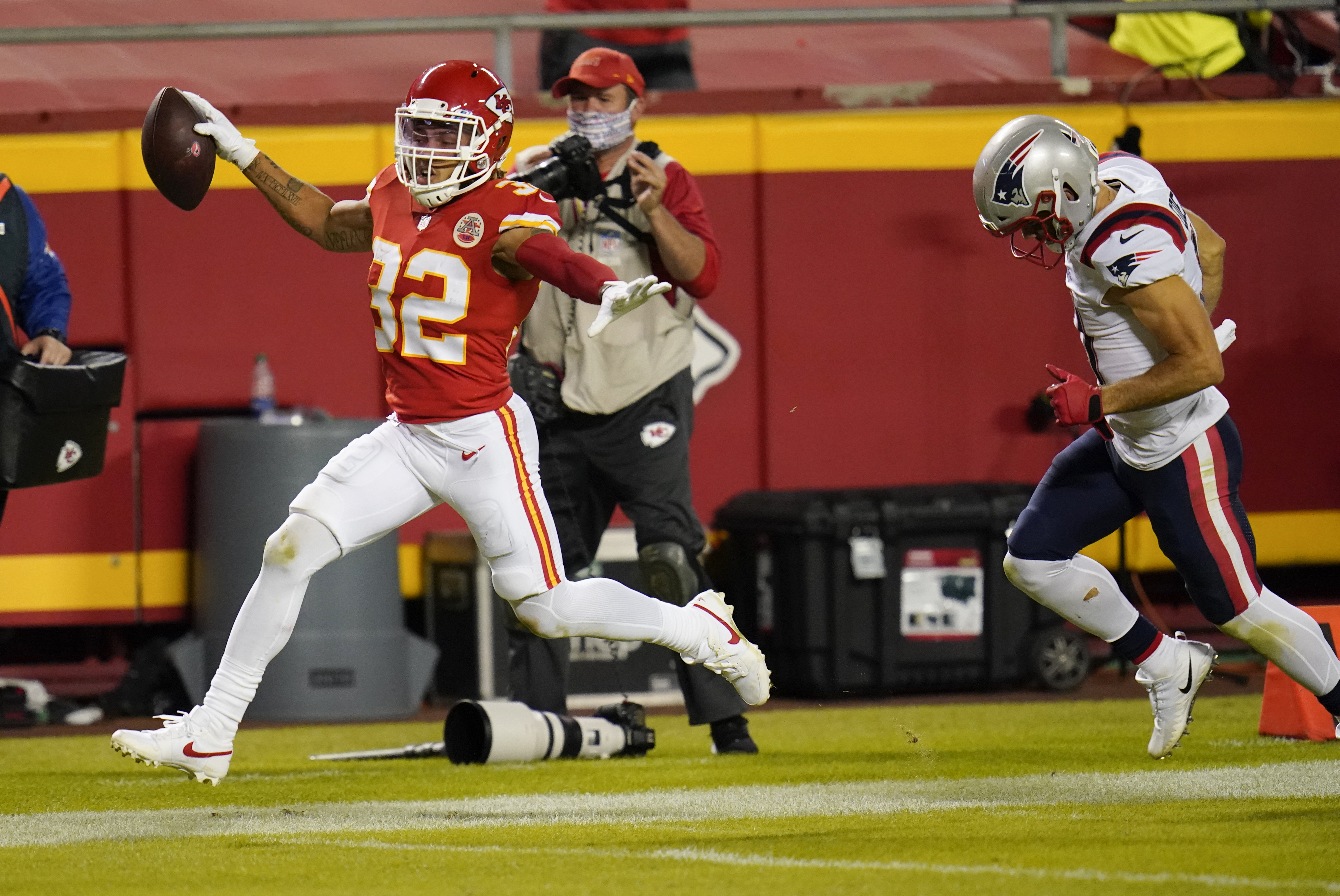 You could put Mathieu on a few top defensive lists, as he has proven to be one of the most effectively versatile defensive players in the NFL. He certainly merits high praise for his work as both a free and strong safety — last season, Mathieu played 60 snaps on the defensive line, 399 in the box, 287 at free safety, 414 in the slot, and 25 at outside corner. Mathieu also allows defensive coordinator Steve Spagnuolo to run all kinds of coverage disguises because Mathieu is so adept at moving from position to position pre- and post-snap. In 2020 overall, Mathieu allowed 45 catches on 69 targets for 581 yards, 257 yards after the catch, four touchdowns, seven interceptions, two pass breakups, and an opponent passer rating of 71.3. Mathieu’s breakneck play style will lead to the occasional big play allowed, but when you can bait a quarterback as Mathieu does to Baker Mayfield here… well, the Chiefs will take that all day. 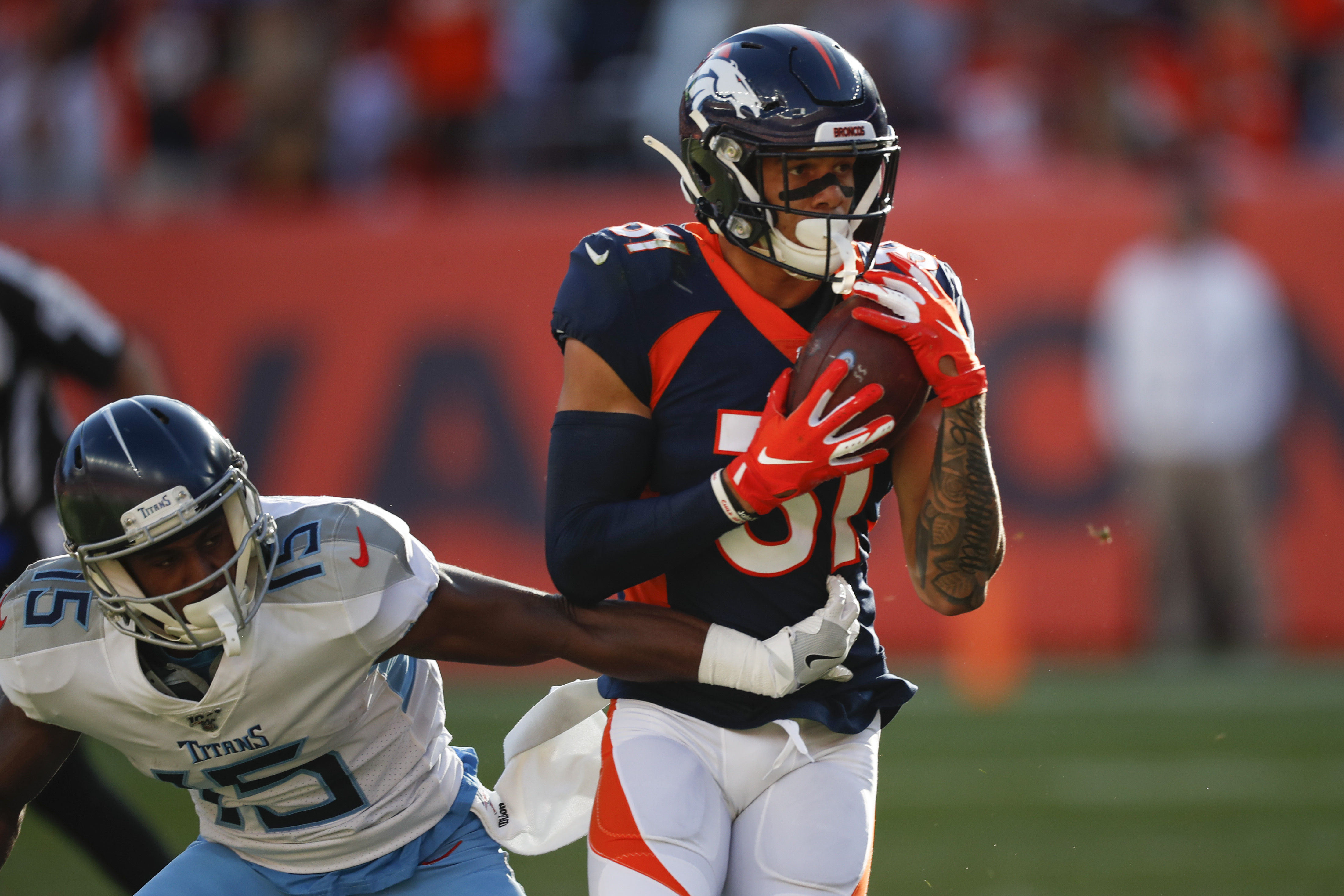 Deciding on the NFL’s best safety in 2021 was a difficult thing to do, as the position requires so many different attributes. But Simmons, who got a new four-year, $61 million contract from the Broncos in March, certainly qualifies. He’s great at everything from blowing up run fits to bring pressure on the blitz to deep coverage, and though he was prone to the occasional red zone touchdown allowed in 2020, everything else was top-notch. In 2020, Simmons played two snaps on the defensive line, 319 in the box, 619 at free safety, 144 in the slot, and four at outside cornerback. Last season, Simmons allowed 40 of 52 receptions for 420 yards, 201 yards after the catch, seven touchdowns, five interceptions, three pass breakups, and an opponent passer rating of 99.8. That doesn’t tell the whole story, though — against passes of 20 or more air yards, Simmons was as good a deep eraser as there was in the NFL, allowing two catches on five targets for 72 yards, no touchdowns, and two interceptions. Simmons’ ability to help his teammates recover from coverage issues deep downfield is a huge part of his game. 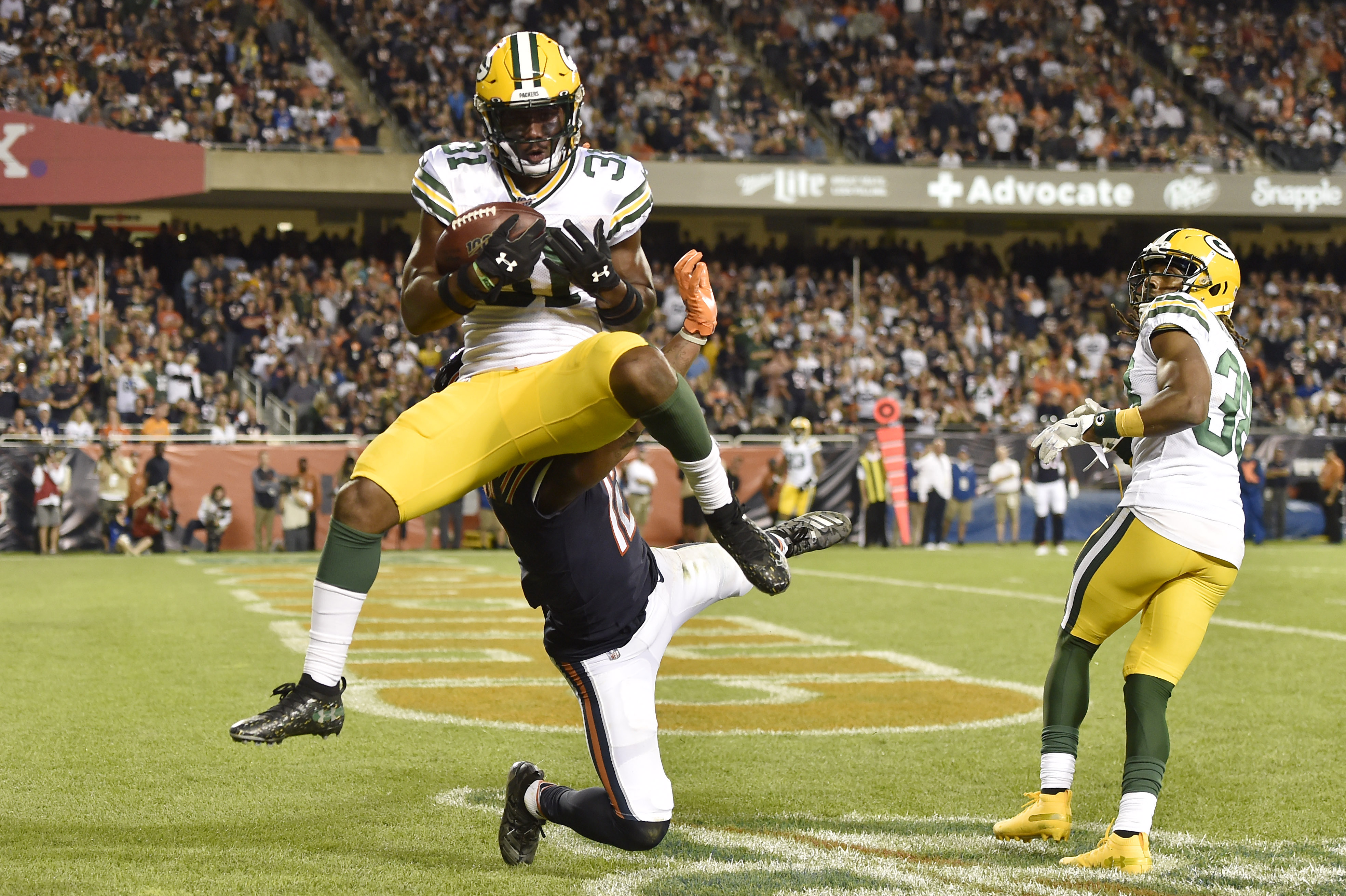