WINSTON-SALEM, N.C. — Wake Forest women’s soccer head coach Tony da Luz welcomed the addition of 16 newcomers to the program. The group features 15 versatile field players and one goalkeeper. The class is made up of one transfer and the remaining 15 are high school graduates.

Wake Forest’s 2021 class was recently tabbed top-40 in the country by TopDrawerSoccer.com, ranking the Deacs 37th overall and seventh among Atlantic Coast Conference programs. The class includes seven midfielders, seven defenders, one forward and one goalkeeper.

“We are super excited about this class,” da Luz said. “There is a lot of young talent and with the addition of fifth-year grad students, Jenna Menta from Georgetown and the return of our Hulda Arnarsdottir and Ryanne Brown, we gain valuable experience. This class is versatile and very athletic. The competition within the roster will be at an all-time high, we have improved our depth and ability to make adjustments.”

A detailed listing of Wake Forest’s 2021 class, including high school honors and notable achievements, can be viewed below: 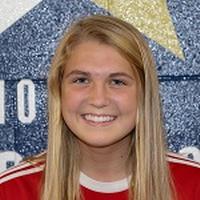 DA LUZ QUOTE: “Laurel has a strong physical and vocal presence as a central defender. Her heading game is outstanding and is very comfortable dribbling and passing out of pressure. Laurel’s dominant defensive play for NCFC has been recognized in the Mid-Atlantic ECNL Conference. I expect Laurel to make a strong case for herself in pre-season to fill Hannah Betfort’s position in the backline.” 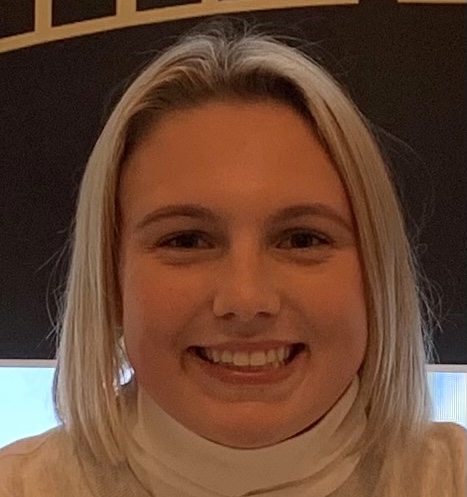 DA LUZ QUOTE: “Payton has a commanding goalkeeper presence in the box and has the height to meet and cut out crosses. I like her shot-stopping ability and range to make extended saves. She makes our goalkeeper situation extremely competitive and deep.” 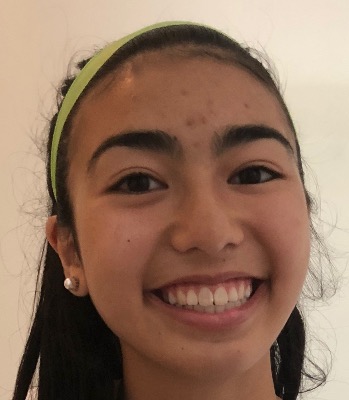 DA LUZ QUOTE: “Zara is a rock-solid defender. She is aggressive in tackles, anticipates the game well, and always is staying a step ahead of the game. Zara is a natural central defender, but can play at outside back just as effectively. She comes from a great training environment at McLean Youth Soccer Club in Virginia (same club as Madison Hammond) and has been consistently recognized as a top defender in ECNL. Zara is vocal and a leader on the field and an accomplished student. She has the ability to make an immediate impact this fall.”

DA LUZ QUOTE: “Abbie is a midfield workhorse. She never stops running, tackling and pressing. I love her energy and strong resilient mentality. Although she’s not the tallest player, she is exceptional in the air and a threat to score off set pieces. Abbie is a sure passer, good possession player and can change the point of attack quickly.” 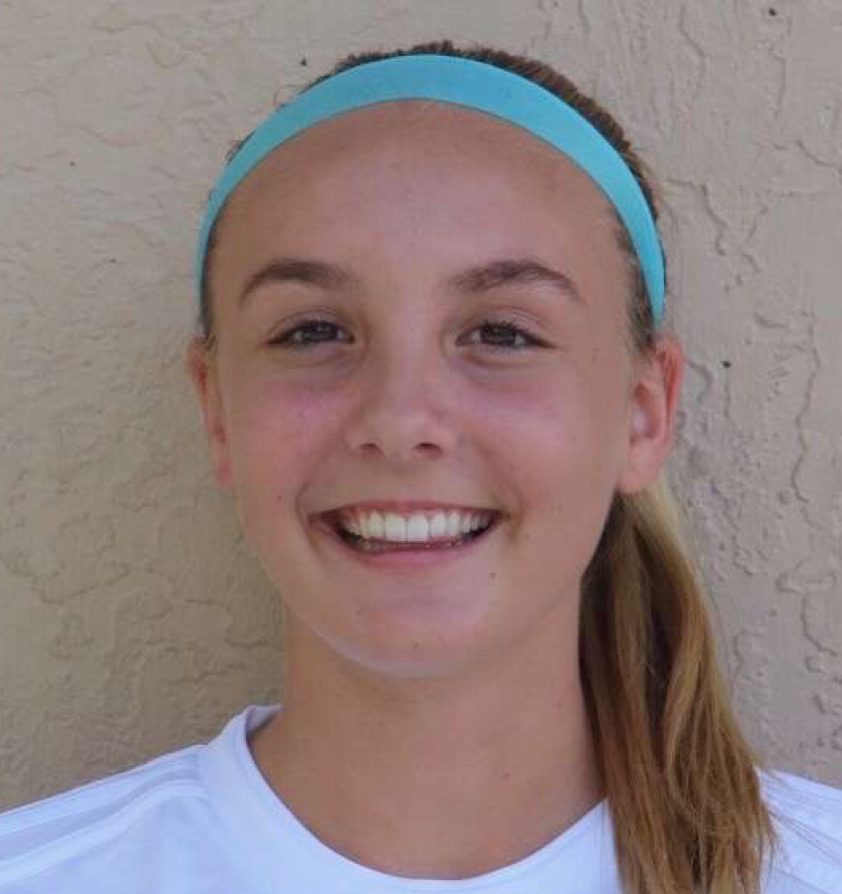 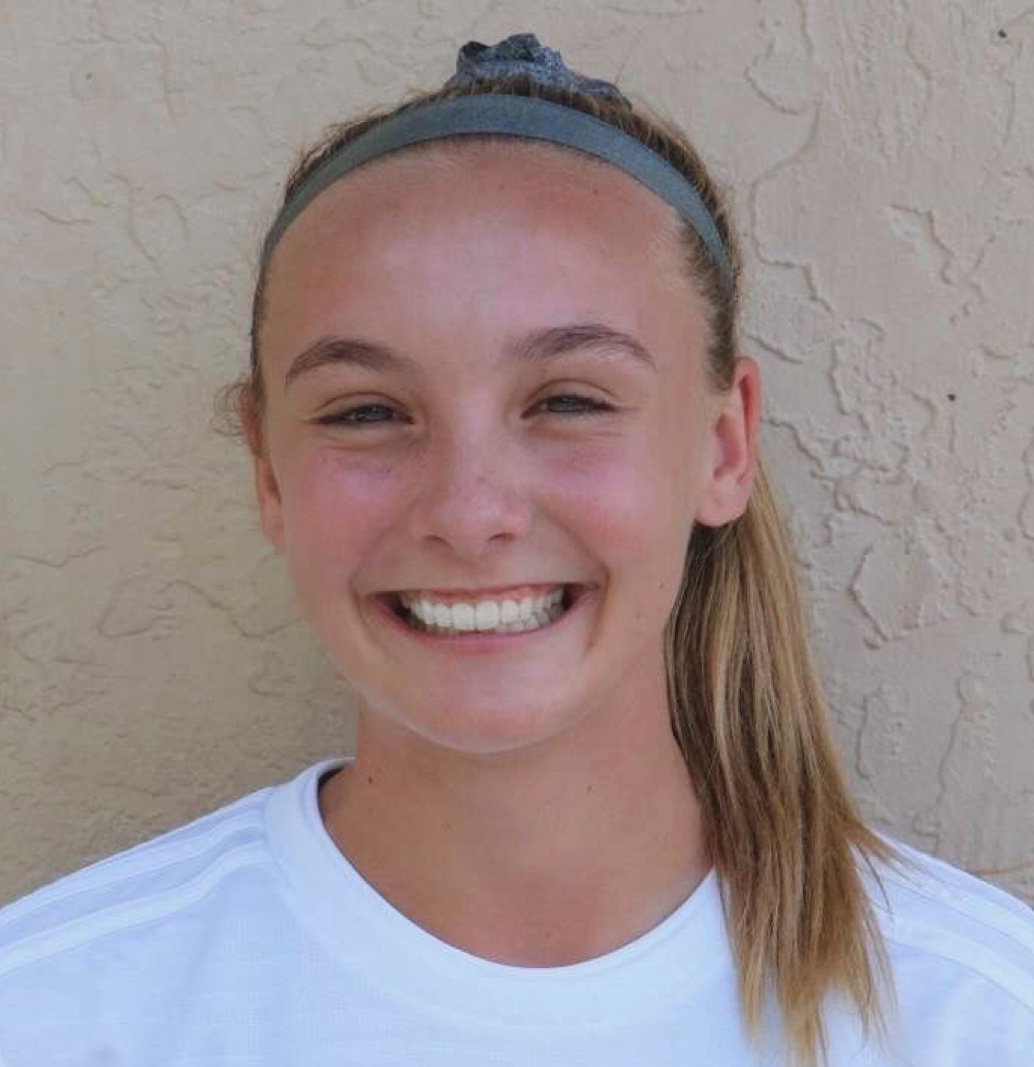 DA LUZ QUOTE: “Olivia and Nadia are bookend outside backs on their club team. Both are capable of getting up and down the flank in transition. They have steadily improved in the last two years as solid lock down defenders. With continued strength development, these two can be integral parts of our backline for years to come.” 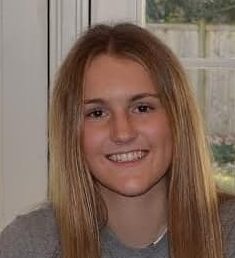 DA LUZ QUOTE: “Kate is dominant in the air and a composed passer out of the back. She has great experience playing under pressure for the Eclipse, playing in big games over her club career. She is comfortable with both feet and hits a fantastic long-range pass. I can see her having an impactful freshman season at center back.” 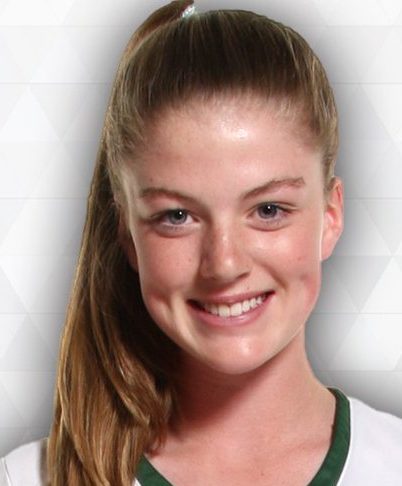 DA LUZ QUOTE: “Olivia is a diamond in the rough who has shown dramatic growth and improvement over the last two years. She is quick with the ball, able to attack 1v1 and create chances. Our training environment will bring the best out of Emily and her true qualities will rise to the surface. Olivia will compete for time as an attacking midfielder or on the wing. I look forward to seeing her develop her great potential here at Wake Forest.”

DA LUZ QUOTE: ” Kristin comes to us from Iceland and brings a wealth of experience at center back and outside back. She is naturally left footed, tall and quick. She loves to dribble out of the back to break pressure and is an attack minded outside back. I am really excited about her short- and long-term potential.

DA LUZ QUOTE: “Malaika is a true box to box central midfielder with sharp attacking qualities. She feels and sees the game very well, she has a great engine to cover ground and loves the game. She has trained and played for Arsenal in England bringing a wealth of high level club experience and has been to several England U18 National Training camps and is currently in the U18 National Team pool. Malaika is a competitive, ambitious player which should make her an impact player in the ACC. She is also an accomplished student who takes pride in her academics. I am looking forward to seeing her passion on display at Spry this fall.” 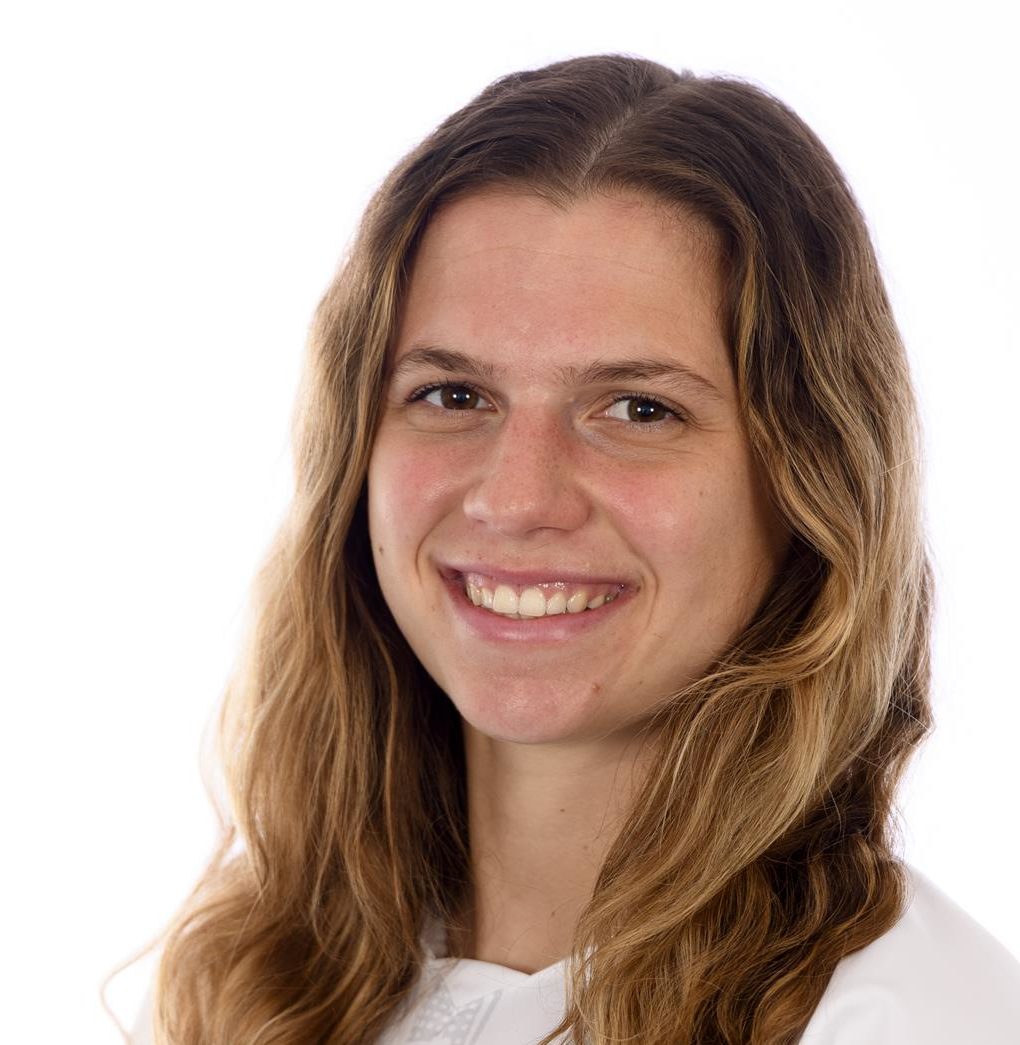 DA LUZ QUOTE: “Jenna arrives from Georgetown with a wealth of BIG EAST and NCAA Tournament experience. Her honors include BIG EAST All-Freshman Team in 2017, 2020 BIG EAST Offensive Player of the Year and 2020 BIG EAST Tournament Most Outstanding Offensive Player. She is our top recruit in the 2021 Class and will have a major immediate impact in our attack this fall. Jenna is a fast, physical winger who blows by defenders with her speed and acceleration. She produces precise, powerful crosses and she delivers goals and assists in big pressure games. I know she is motivated to prove herself in the ACC and I have no doubt that she will this fall.” 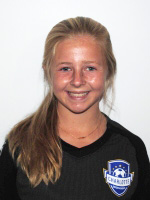 DA LUZ QUOTE: “Emily is a versatile left-footed midfielder who can also play outside back. She sees the final pass very well and her set pieces are fantastic. She has a tough mentality and never shies away from a tackle. I can see her in various roles as a freshman and I am confident she will have some big assists this season.”

DA LUZ QUOTE: “Tyla is a fast, tough outside back. She also has had great success in midfield because she can cover so much ground. Tyla is a relentless fighter who raises the level in every practice and match. She can score, cross and even mark an opponent out of the game. She may play every position as a freshman, because she can.” 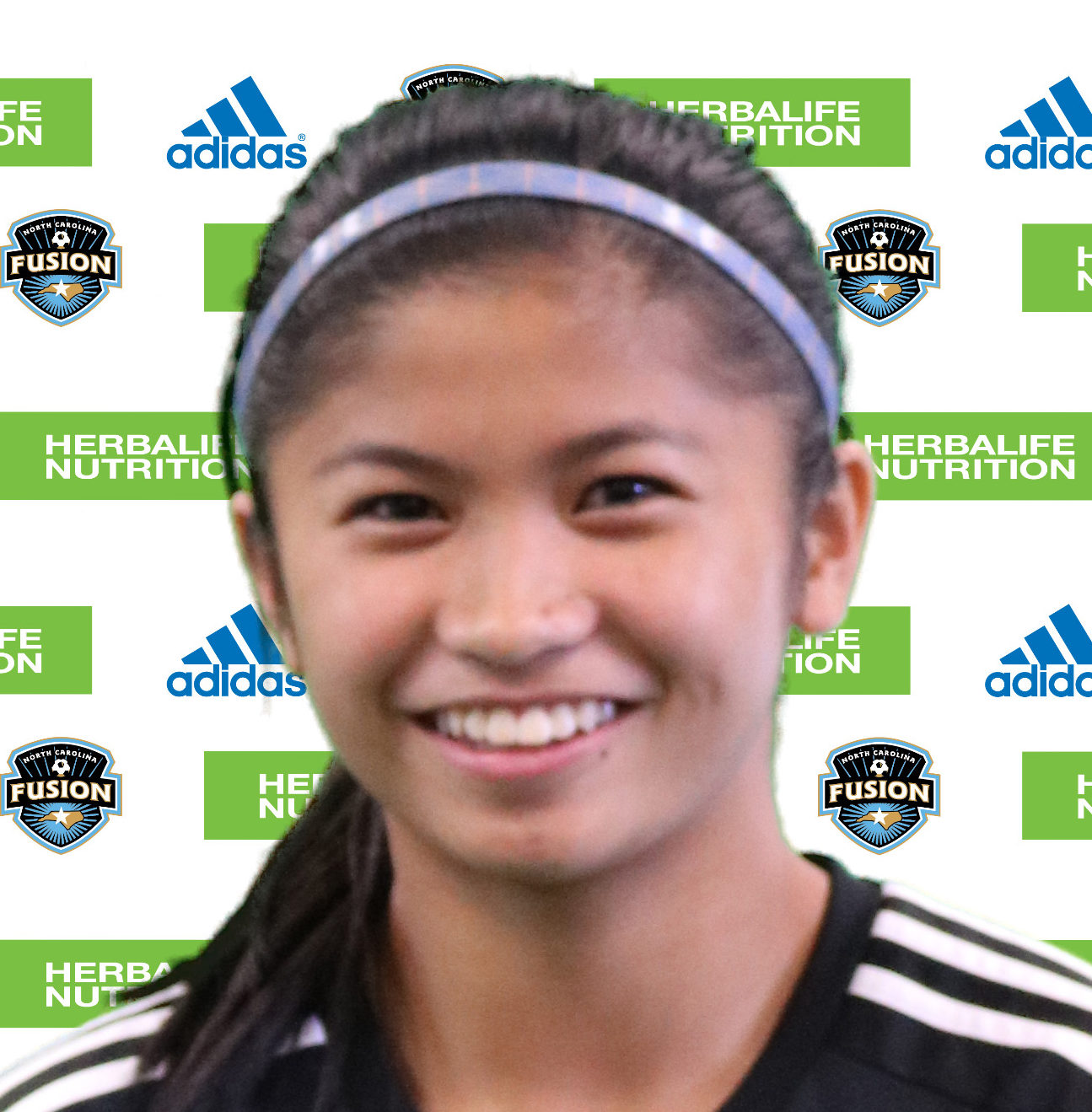 DA LUZ QUOTE: “Emily has had a stellar career at Bishop McGuinness HS and a top performer at NC Fusion. Unfortunately, she missed her junior year due to a knee injury but has recovered and is ready to compete within our roster. Emily is an energetic attacking midfielder who can surprise opponents with her air game.” 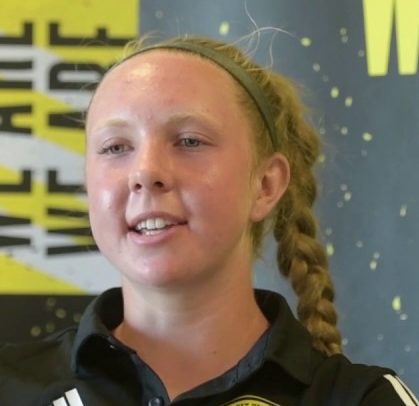 DA LUZ QUOTE: “Once Anna returns to action from an injury, she will bring her aggressive attacking game to our midfield. She is a tenacious ball winner and can score from distance. We can’t wait for her return to play.” 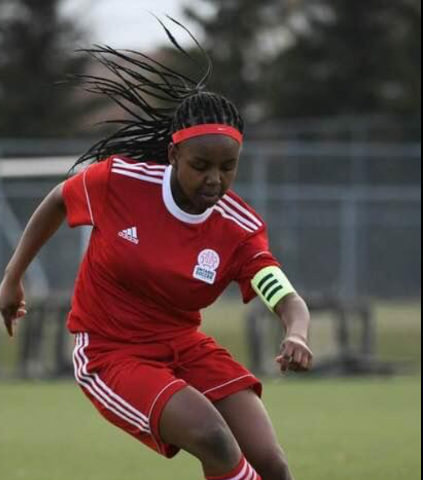 DA LUZ QUOTE: “Nikayla has been one of the top youth players in Canada for the past three to four years, earning caps with the Canada U15 National team and was named to the Best XI at the CONCACAF Championships in 2018. Nikayla’s best role is a defensive, possession type central midfielder, but she can also attack and create chances. She wants the ball, wants to be involved in the build and transitions very effectively. Her work rate is off the charts which gives her the ability to impact the game with and without the ball. She has the personality to lead her teammates in big games. I can not wait to see her buzzing around up at Spry.”